College player sets up game-tying score, then completely screws his team over 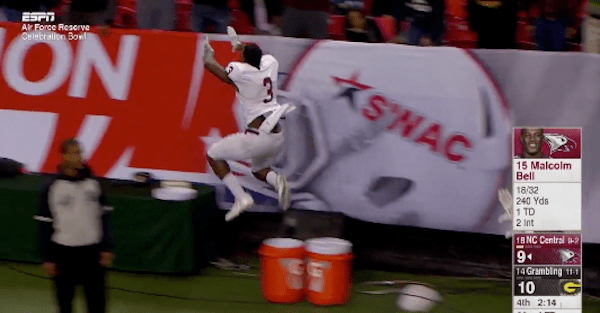 The Air Force Reserve Celebration Bowl was a wild one that saw NC Central on the cusp of tying Grambling late.

After a touchdown strike sent NC Central’s wideout into a Rod Tidwell-style dance:

Refs penalized the team, backing them up for the extra point try.

That led to a wild sequence, where Grambling blocked the attempt and eventually held on for the narrow victory.