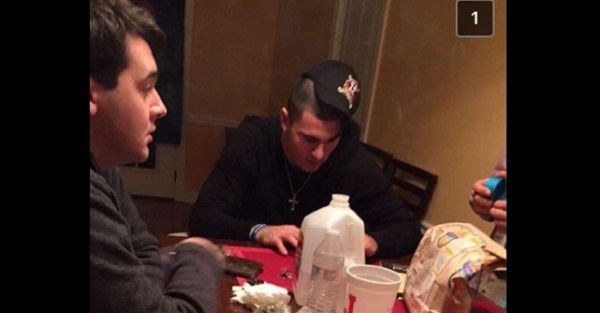 This probably isn’t the look Ole Miss wants to keep getting out of their players.

Ole Miss had some controversy emerge last year with regards to their players and the use of marijuana. Defensive lineman Robert Nkemdiche garnered a lot of attention after falling out of a hotel room window and being charged with possession of marijuana. Top 5 2016 Draft pick Laremy Tunsil would soon join Nkemdiche in the controversy, as a video of Tunsil allegedly smoking with a gas mask was tweeted out on Draft night.

It appears that quarterback Chad Kelly can now join that group, as an alleged Snapchat photo of Kelly rolling blunts emerged on Twitter on Thursday night.

Kelly is out for the rest of his senior season after tearing his ACL. Obviously he is going to have some down time in his recovery, and it looks like that might have involved a substance that has gotten Ole Miss players in a lot of trouble over the past year.