Cowherd: Michigan is a potential title contender in 2016 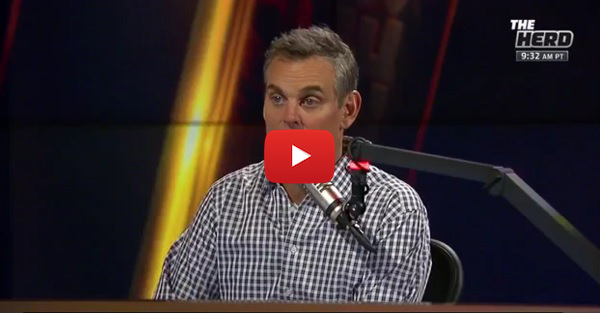 Most people expect Michigan to be pretty good in 2016, and Colin Cowherd is one of those people.

Cowherd went through Michigan’s schedule on his show on Tuesday, claiming that the Wolverines would easily find themselves at 10-2 on the season. Cowherd pens in at Michigan State and at Ohio State as the two potential losses, but gives easy wins in pretty much the rest of Michigan’s games.

While Cowherd did not officially say that Michigan is a title contender, saying that they will easily win 10 games in 2016 puts them in that category. He is essentially saying that if one of the Michigan State or Ohio State games breaks their way, then they will likely be in the Big Ten title game with a shot at the College Football Playoff.

I don’t know if Michigan is a title contender, but what they did in Jim Harbaugh’s inaugural season was certainly enough to inspire hope. Michigan won 10 games in 2015 when many expected them to still be rebuilding from the Brady Hoke era. With a consensus Top 5 2016 recruiting class, it looks like Michigan has certainly returned to being a force in college football.