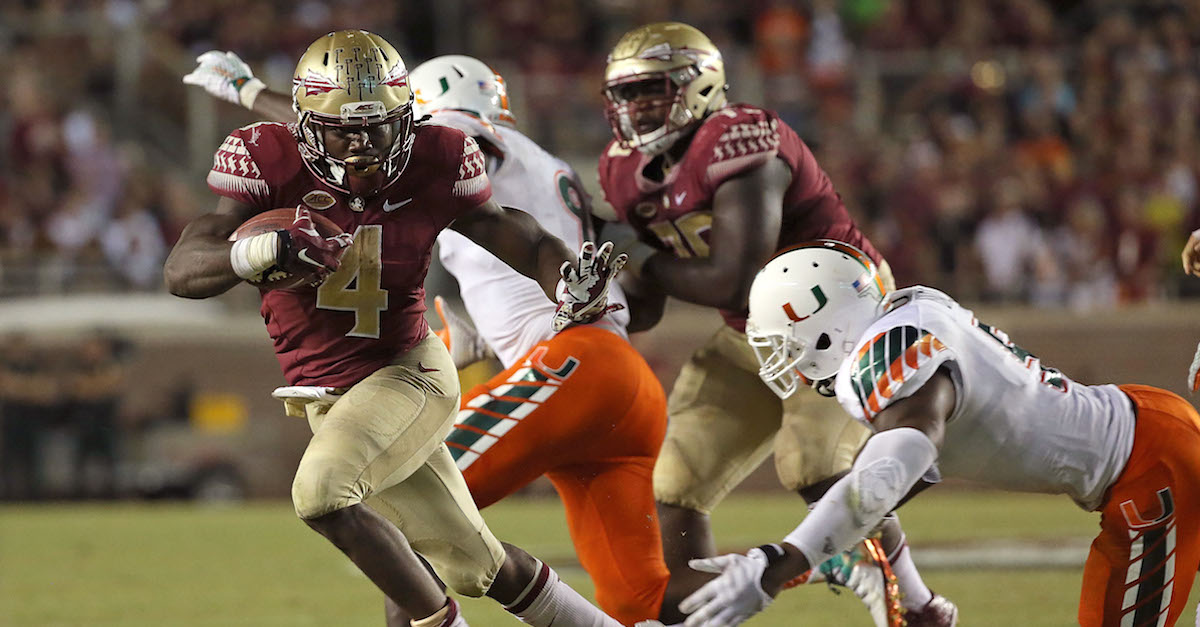 It’s no secret that Florida State’s Dalvin Cook is one of the most talented running backs in the country entering 2016. The Heisman candidate rushed for 1,691 yards and 19 touchdowns last season. He even was able to break Warrick Dunn’s single-season rushing record  of 1,242 when he rushed for his 1,243rd career yard in the first quarter against NC State.

So who does Cook look up too when it comes to NFL running backs? According to Warchant.com’s Ira Schoffel, Cook models his running game after current Kansas City Chiefs running back Jamaal Charles.

Dalvin Cook says he's patterned game after @jcharles25: Not a big back, but "ain't scared to stick his nose in there and get the job done."

Charles was drafted by the Kansas City Chiefs in 2008 out of Texas, and over his eighth-year career he’s rushed for 7,220 yards and 42 touchdowns. He has also been selected for three Pro Bowls in 2010, 2013 and 2014. If Cook continues to look up to Charles during his career, he should be more than just fine.