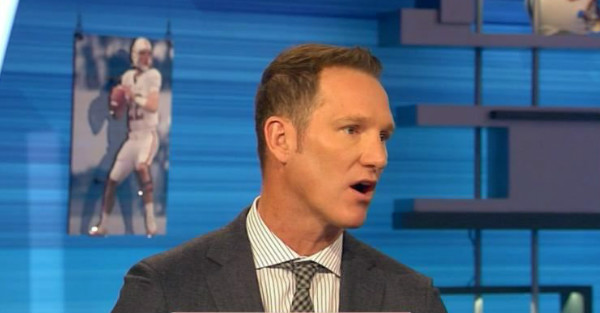 ESPN analyst Danny Kanell doesn’t generally back down from anyone and is especially fiery when it comes to his opinion on the SEC. ESPN and SEC Network analyst Booger McFarland said that the College Football Playoff expanding to eight teams would diminish the regular season.

RELATED: Even the flawed BCS wouldn’t have screwed over Ohio State

Kanell predictably came into the fray to diminish that opinion:

Lol at @SECbooger and all people saying expanding to 8 teams would diminish regular season. People said the same during BCS. That's 🐎 💩

However, most people were in agreement with McFarland and came to his aid while also taking their shot at Kanell:

When Boog speaks, no one lols. https://t.co/ZhZFSwq8CN

This particular shot was a good one as it made fun of his time as quarterback for the Seminoles in the mid-90s.

If we had 8 teams in 1995, then it really doesn’t matter whether Warrick Dunn scored at Virginia or not. https://t.co/ohynldvTWz

And then came the huge discussion on scheduling cupcakes and Kanell was not about to win this argument.

@dannykanell @SECbooger easy to want more games when you don't have to line down! The thought was good though. Amateurs my (donkey)

And even Scott Van Pelt got in on the action!

@dannykanell @mspear96 @SECbooger I'm all for a bigger playoff. But when you rip SEC teams and FSU does the same, what point are you making?

Maybe Kanell will one day learn his lesson and not mess with those who know a considerable amount more about college football than he does.