Coach loses his mind and breaks a window, has to be removed after press box meltdown 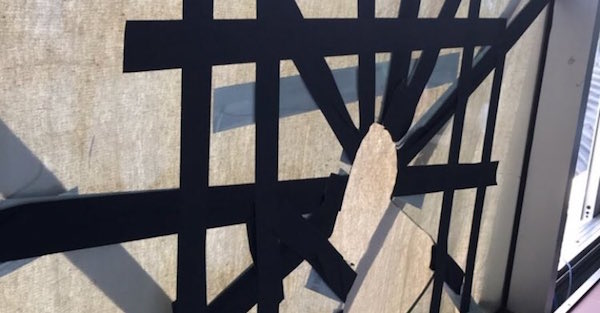 In the Ivy League, apparently it just means more.

During the second quarter of Saturday’s game against Harvard, Dion King, a Dartmouth defensive quality coach was removed by security after he reportedly punched a window and shattered it after one of his players muffed a punt return. His identity was later revealed by a Dartmouth spokesperson, according to ESPN.

Dartmouth coach in the booth punched a window and shattered it b/c Harvard recovered a fumbled punt. Security now removing him. Wow.

Here’s a photo of the window after the incident:

King was reportedly escorted out of the stadium by security and questioned by police, according to ESPN. The Dartmouth spokesperson confirmed that the coach plans to pay for the damages personally.

The incident took place as Dartmouth had a 14-0 lead in the second quarter before Danny McManus fumbled a punt return, leading to a Harvard recovery and eventual touchdown on the ensuing six-play drive.