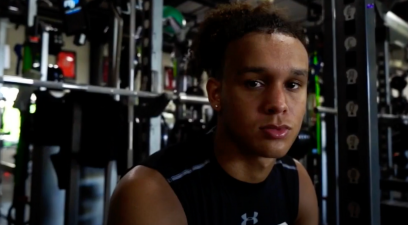 Deion Sanders was one of the the all-time great football players and overall athletes. “Prime Time” did things no one else could when he was on the football field, whether that was as an All-American cornerback for the Florida State Seminoles or as a two-time Super Bowl champion with the San Francisco 49ers and Dallas Cowboys. He even spent parts of nine years in the MLB.

Since retiring from the game, the College Football Hall of Fame member has done well for himself. Sanders’ face has appeared all over TV in reality shows and as a college football analyst for networks like ESPN, CBS Sports and NFL Network. Prime Time has even transitioned to the sidelines, serving as the 2014 Pro Bowl captain and as an assistant high school coach in Texas.

Let’s get one thing clear, though: Prime Time does not deserve to be the head coach of a college football program. At least not yet.

Where is this coming from? Sanders went on The Dan Patrick Show on Tuesday and discussed his plans to take over a collegiate football team in the very near future. Like, next year. Despite zero coaching experience as an assistant at the NCAA level.

“I’m going to be a head coach in college football … next year,” Sanders said.

.@DeionSanders made it clear today that he is serious about being a college football head coach and said he'll be coaching somewhere next year pic.twitter.com/1tFN9zf1Jk

Florida State football fans remember that the Hall of Famer’s name was thrown around as a possible replacement for Florida State head coach Willie Taggart, who was eventually succeeded by former Memphis coach Mike Norvell. Sanders, along with former Oklahoma Sooners coach Bob Stoops, was name-dropped in the coaching search.

Doesn’t that sound a little silly considering he was only most recently an offensive coordinator (not even a head coach) at Trinity Christian-Cedar Hill High School in Cedar Hill, Texas, where sons Shilo and Shedeur Sanders played?

Sanders co-founded and coached at the group of charter schools in Texas that opened in 2012. Prime Prep was an absolute disaster. It was unable to field an eligible football team by the University Interscholastic League’s standards. There were lawsuits and accusations of fraud and assault. Sanders was fired from his head coaching position at one point. At his own school.

The school lasted just three years, closing in 2015 due to financial insolvency. Sanders was involved in every piece of the mess.

And I’m supposed to believe this man, despite being Pro Football Hall of Famer Deion Sanders, should be handed the keys to a college program?

The notion that the former FSU defensive back and 1988 Jim Thorpe Award winner can run his own program right now is laughable.

Nick Saban worked as an assistant football coach for more than 15 years before landing a head coaching job at Toledo in 1990, LSU in 2000 and eventually Alabama in 2007. Dabo Swinney worked his way up the coaching ladder for a similar amount of time at Alabama and Clemson before earning the head coaching role in 2009.

That’s how this works, Deion.

Start as an assistant somewhere. Tallahassee makes a whole lot of sense, if Norvell will have you. I’m sure many schools would kill to have one of the greatest corners ever mentoring their players. Prove your worth on the sidelines. Work your way up.

I don’t care how many interceptions or All-Pro selections or Super Bowl rings Prime Time has. All I know is it is not prime time for any college football program to hire him as a head coach, even if he’s a legend of the game.