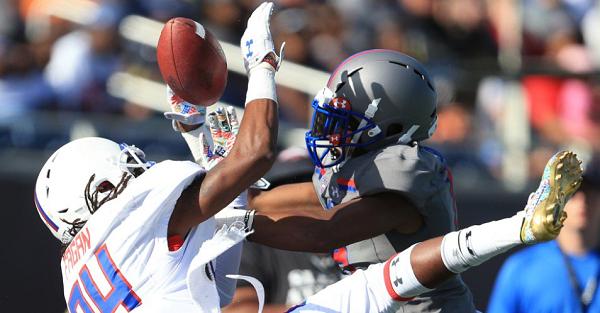 Five-star cornerback Derek Stingley Jr. has a ways to go before he ends up committing anyway, but he’s taken a step in the right direction with a top ten list. He took to Twitter to make the announcement:

Oklahoma, Texas A&M, Florida, Michigan, Alabama, LSU, Penn State, Georgia, Texas, and Stanford will surely be competing hard for him. The 6-foot, 170-pound cornerback out of Louisiana also has offers from Auburn, Clemson, Florida State and Tennessee among others.

Stingley Jr. is ranked as the No. 2 cornerback in the country, No. 2 recruit in Louisiana and No. 18 overall recruit in the class of 2019 according to the 247Sports Composite rankings.