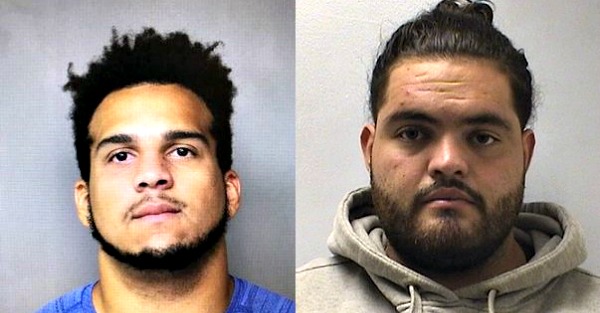 Two Old Dominion football players have been arrested following an altercation at a nightclub, and one of the players — a rising star on the team — could face a felony charge.

Devin Hannan and Manny Matiarena have been suspended, according to a report By News 3 in Norfolk, Va.

Authorities said a verbal altercation in a bar turned violent,  and two men — one 26, the other 21 — were injured. The 26-year-old had to be taken to the hospital, according to a report in the Virginian Pilot.

Hannan and Matiarena were the third and fourth football players arrested in the last month. Derek Wilder, the coach’s son, and Aquante Thornton, a former defensive back, were each suspended after they were charged on May 18 with eluding police (a felony) and misdemeanor reckless driving on motorcycles.