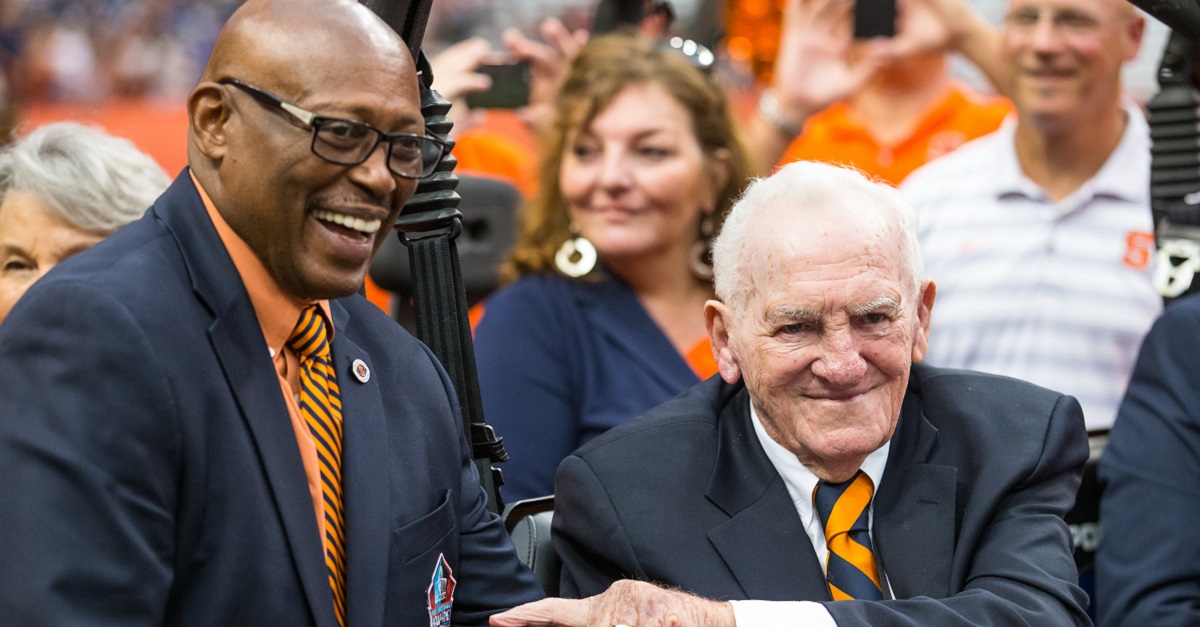 According to NBC Sports, former Patriots and Syracuse head coach Dick MacPherson has passed away. He was 86.

MacPherson is perhaps best known for the 1987 season at Syracuse, where MacPherson led a team that eventually went 11-0-1 on the season. Syracuse finished that season with a 16-16 tie against Auburn in the Sugar Bowl. MacPherson won the Bobby Dodd Coach of the Year Award for his efforts in that season.

After his career at Syracuse, MacPherson eventually became the head coach of the Patriots for the 1991 and 1992 seasons. He eventually retired after the 1992 season.

In all, MacPherson was an assistant or head football coach for over 30 years. He was inducted into the College Football Hall of Fame in 2009.

We send our thoughts and prayers to MacPherson’s family and friends at this time.