Did the refs blow the call on this Indiana field goal in overtime? 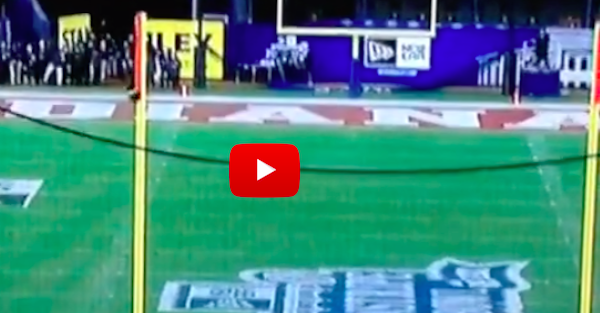 Duke beat Indiana 44-41 in a thrilling overtime victory, but the refs on the last play of the game maybe got what would’ve been a game-tying call. Duke was able drive down the field and score a touchdown with 41 seconds left to tie things up and force overtime in the New Era pinstripe Bowl from Yankee Stadium on Saturday afternoon. On the Blue Devils’ first possession, they were able to score a 36-yard field goal to take a 44-41 lead.

On Indiana’s possession, they went for a 38-yard field goal on fourth down. The kick had the distance, and appeared to clear the left upright, but the refs ruled it no good. Take a look at the play below.

By rule, the call on the play cannot be reviewed since the ball went over the left upright. It’s a silly rule, but it’s just that — the rule. It worked out well for Duke, for with the victory they won its first bowl game since the 1961 Cotton Bowl.