Did this high school coach get caught paying a ref when the game was over? 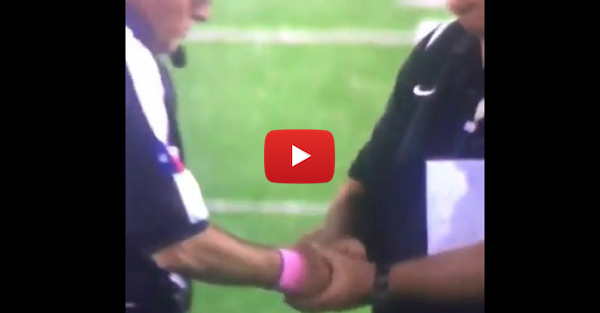 The video above was running rampant on social media on Tuesday and for good reason: it looks like a coach for Calhoun High School in Texas may have slipped something to an official after the game ended.

The handshake could mean nothing. It could have simply been a handshake. However, it is weird that a coach is shaking hands with the official immediately after going final, and it does appear as if the coach has something in his hands prior to the awkward looking handshake.

Even more interesting? Calhoun High is already under investigation for payments made to student athletes. If it turns out that some sort of payment took place over this game, then the Texas high school will have even more explaining to do.