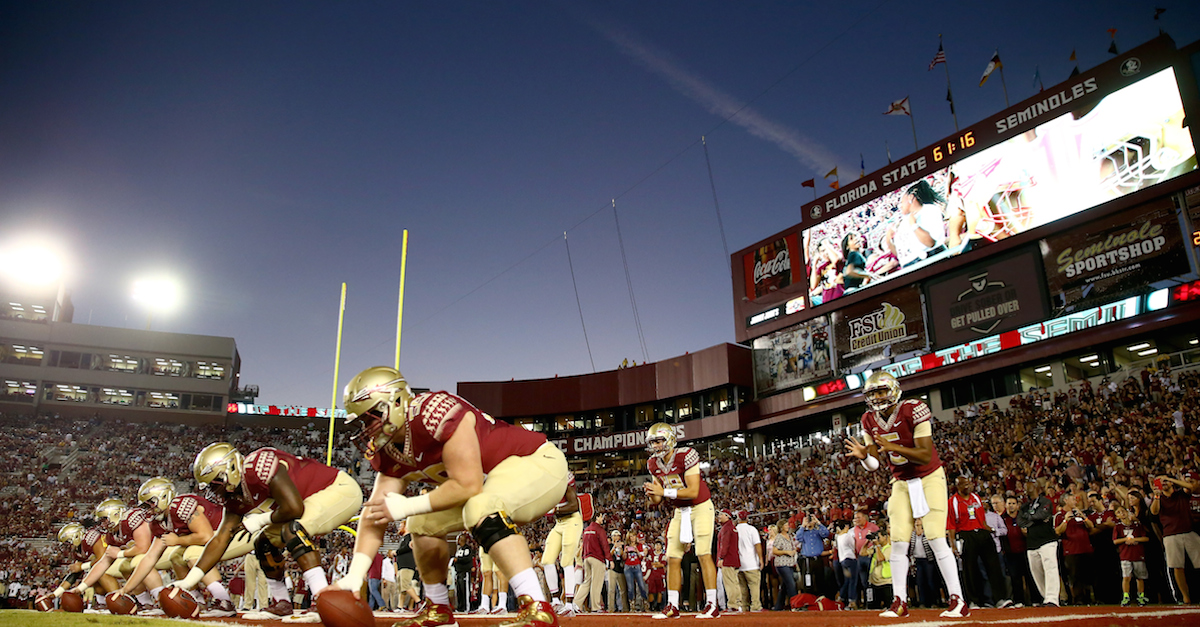 during their game at Doak Campbell Stadium on October 18, 2014 in Tallahassee, Florida. Streeter Lecka

The college football stadium arms race is continuing in Tallahassee, Fla. Florida State University just announced that Doak Campbell Stadium is doing some major upgrading to the video boards that are in the stadium. According to the school’s official release, the plans have been approved to add more than 9,368 square feet of the highest-quality, state-of-the-art LED video displays, which include two new video boards and ribbon boards, including boards throughout the newly constructed canopy and South End Zone. Here’s an excerpt below from the official release.

“The entire structure in the stadium’s north end will be over 78.4’ feet tall and almost 120’ feet wide; the new system is three-times larger and more than two-times higher than the old system. The main screen in the North End Zone will boast a larger-than-life, true high-definition image (1080p) which represents more than a 250% increase in overall resolution. The new 35’H x 74’W South End Zone display will also entertain fans with a true high-definition image (660p), 300% larger and a 250% improvement over the previous display. The new LED screens represent some of the largest and highest resolution screen systems in any college football stadium.”

Included in the plans is the addition of a new audio system to be put into place. Probably one of the best news of the entire release is that all the video and LED displays, including the audio system is expected to be completed in time for the ‘Noles’ Sept. 10 home opener against Charleston Southern.

“We are pleased to be taking another step in making the football game day experience for our fans, season ticket holders, student body and student-athletes the best that it can be,” said FSU athletic director Stan Wilcox in a statement.  “While our former video boards were state-of-the-art when installed, the image quality of the new boards will be second to none.

“The addition of these new boards, along with the new Champions Club, the new sound system, and other planned improvements, will make the Doak Campbell experience as exciting as it has ever been.”

This, like most stadium upgrades usually are, will also conveniently serve as an incredible recruiting tool for head coach Jimbo Fisher.