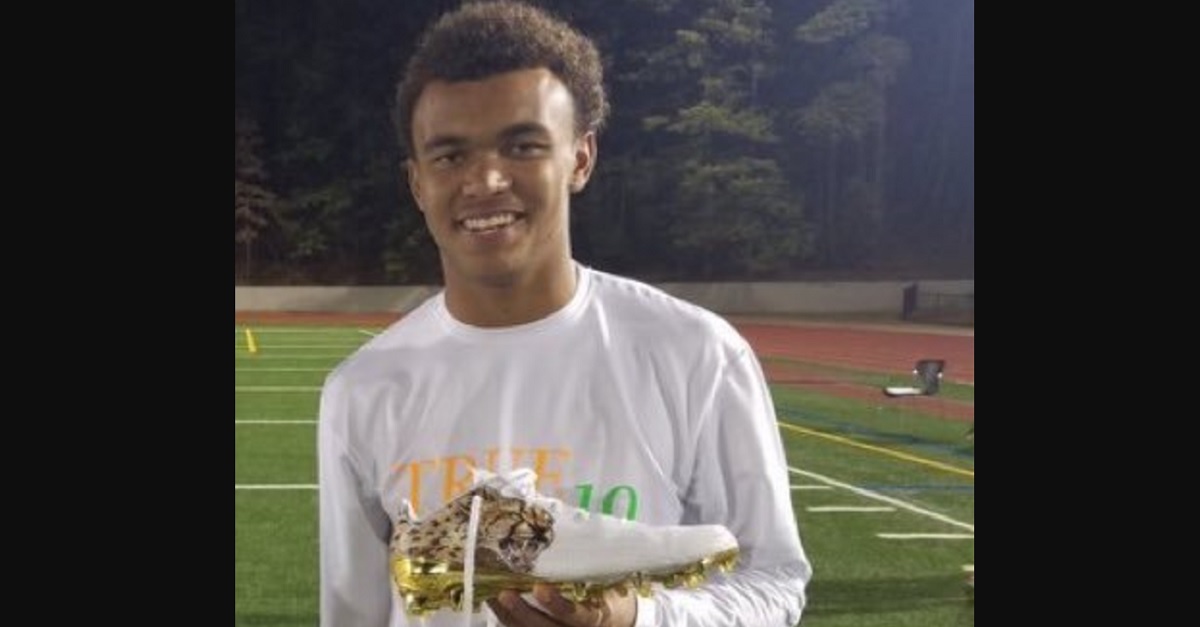 Dominick Blaylock is a blue chip prospect in every sense of the description. The rising junior wide receiver from Walton High School in Marietta (Ga.) currently ranks as the No. 2 player at the position in the Class of 2019. Beyond that, Blaylock is a top-20 consensus prospect nationally and, within the talent-rich state of Georgia, he is on the (very) short list of the best prospects available.

With that in mind, there is plenty of interest surrounding Blaylock’s recruitment and Radi Nabulsi of Dawgs247 brings word that the 6’0, 175-pound wide receiver will be choosing between three schools. Those three finalists are Georgia, Clemson and Auburn.

The report quotes Blaylock as saying he will make his decision “by mid-July or early August” and that will leave the recruiting world on pins and needles for a few more weeks. It is worth repeating that Blaylock is a 2019 prospect and, thus, would have a long time to reconsider even if he chooses one of the three schools in formal fashion by the end of the summer.

Kirby Smart, Dabo Swinney and Gus Malzahn will be paying close attention to the race for Dominick Blaylock and the winner of this recruiting battle will be in great shape at the wide receiver position moving forward.