ESPN names the top contenders to “crash” the Playoff in 2018 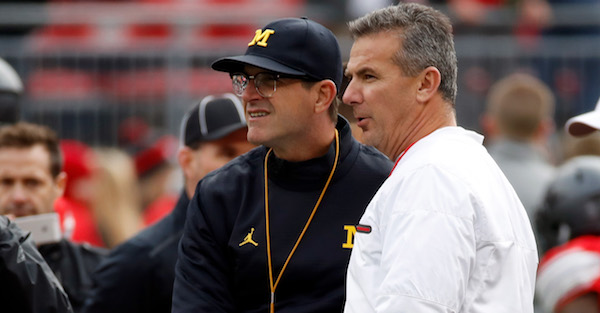 We’re only in the middle of bowl season, but that doesn’t mean it’s too early to start predicting what next year’s College Football Playoff bowl games might look like. ESPN has done just that as they’ve named several teams who they believe could “crash” the Playoff.

ESPN has Miami, Ohio State, Penn State, Wisconsin, USC, Michigan, Stanford, Auburn, Washington and West Virginia as teams that could crash the College Football Playoff. They also named Boise State as the most likely Group of Five team to crash the party as well.

There are some solid reasons why they named those teams like Michigan finally getting good quarterback play — assuming Shea Patterson becomes eligible immediately — Washington returning a lot of upperclassmen, Miami essentially being a year ahead of schedule under coach Mark Richt this season and USC just having a ton of talent coming in even if Sam Darnold leaves for the NFL Draft.

West Virginia and Auburn present the most interesting cases because Will Grier will be back for the Mountaineers and when he’s under center the offense is a smooth, defense-killing machine. The defense of course will have to be better, but it does return some key starters with promising young talent slated to get more playing time. Auburn will be good as long as Jarrett Stidham comes back and even if Kerryon Johnson leaves for the draft, Auburn has the running backs to replace him. The defense should be good once again and if they can win some timely games, unlike what they did this year, then they should be just fine.