ESPN names the top Heisman contenders for the 2018 season 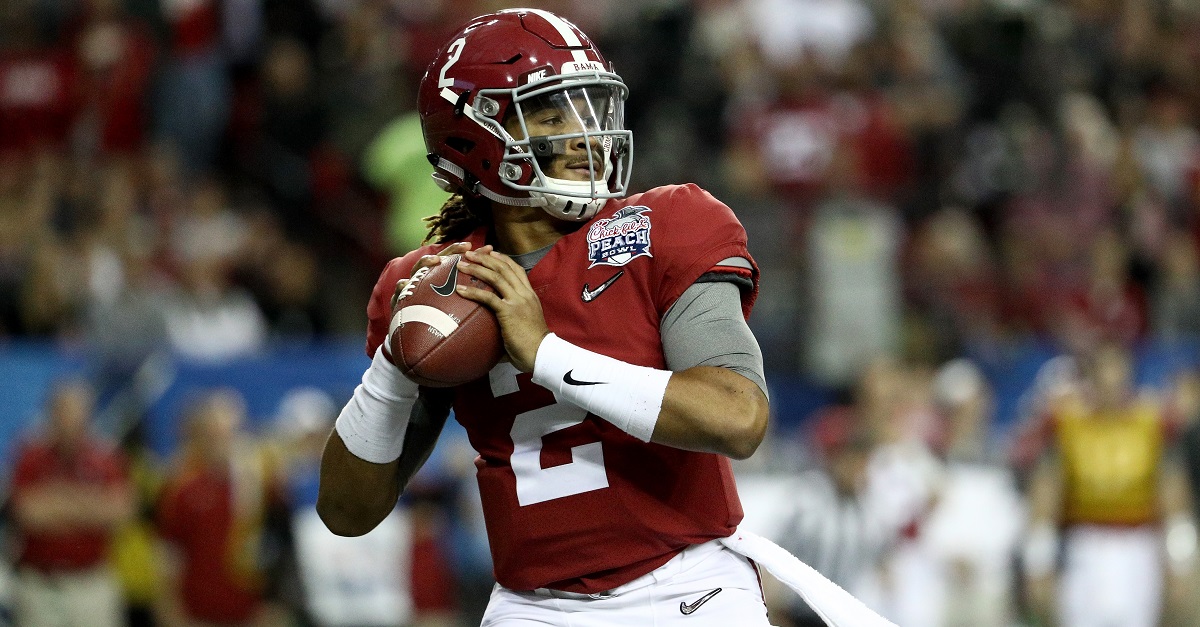 The 2017 season isn’t even over yet, but ESPN has already listed which players they believe will contend for the 2018 Heisman Trophy.

With all those players expected to leave, here are the eight players ESPN thinks will contend for the Heisman next season:

The quarterbacks on the list all make sense, and they should all improve and put up better numbers. Hurts, Bryant and Stidham all figure to be on teams in contention, which is usually a good start for identifying Heisman contenders. Alabama runs its offense through Hurts, and Clemson does the same with Bryant. Stidham could be in position to throw more often if Kerryon Johnson leaves.

Grier is in an ideal system for a gunslinger at West Virginia, and he should thrive with another year under Dana Holgorsen. Tate came onto the scene a few games into the year at Arizona, but he still managed to put up ridiculous numbers on the ground for a quarterback.

Jonathan Taylor is the only running back on the list, and he had a tremendous freshman season with the Badgers. He rushed for over 1,800 yards ? which is third-most all time for a freshman ? and he will be heavily featured next season.

The inclusion of Oliver and Bosa is interesting considering it’s been 20 years since a defensive player won the Heisman. Charles Woodson accomplished that feat for Michigan, and it would take more than a fantastic season for a defensive player to win it again. Both Oliver and Bosa will likely be top-10 picks in the 2019 NFL Draft, but it’s unlikely they win the Heisman.

He didn’t make ESPN’s list, but Michigan QB Shea Patterson could also be a contender if in fact he wins the job for the Wolverines.