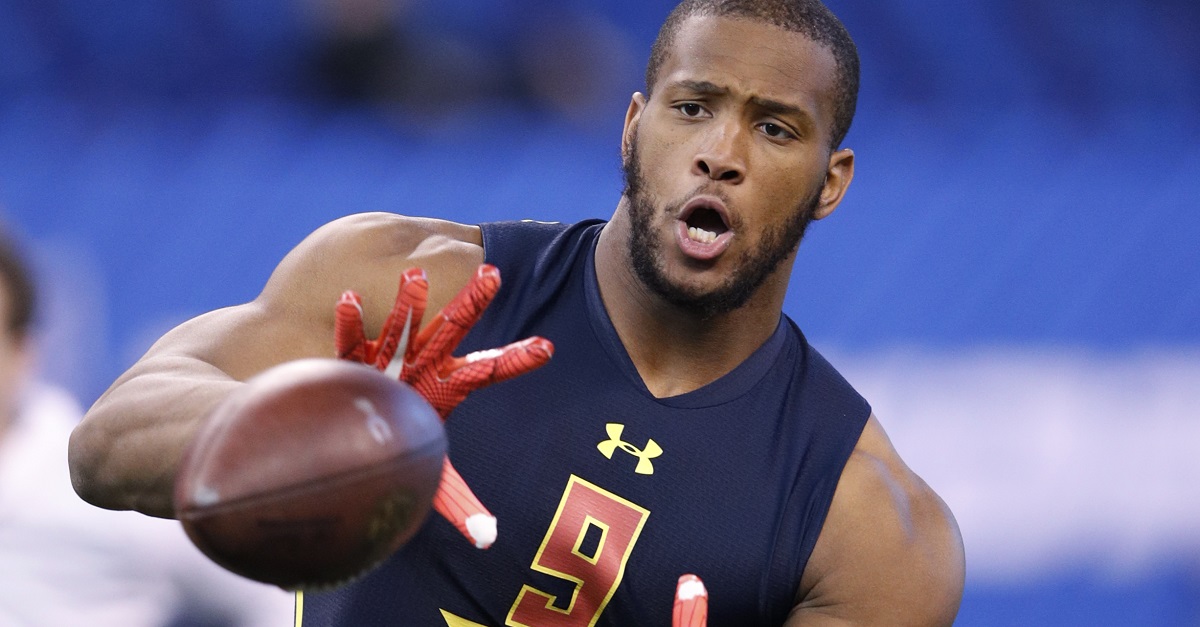 This would definitely be one of the most shocking first-round picks in recent memory, if not ever.

ESPN’s Todd McShay is putting together the third edition of his annual mock draft, and one player has jettisoned his way into the Top 5: Alabama tight end O.J. Howard, whom McShay predicts as going fourth to the Jaguars.

Mock 3.0 has Alabama TE OJ Howard going No.4 to Jags. If my quick research is correct it would be earliest a TE selected in common draft era

Though his college stats are unimpressive, Howard has always has high draft stock as many believed that he was often being misused in Alabama’s offense. More recently, Howard’s stock has been climbing even higher after his performance at the NFL Combine, where he really impressed with a 4.51 in the 40 yard dash.

Howard does have some questions, though, as his NFL.com profile is highly critical of his blocking abilities at the next level. That combined with his relative inexperience as a star in college will make him a hard sell as a Top 5 pick, especially to a team like Jacksonville.