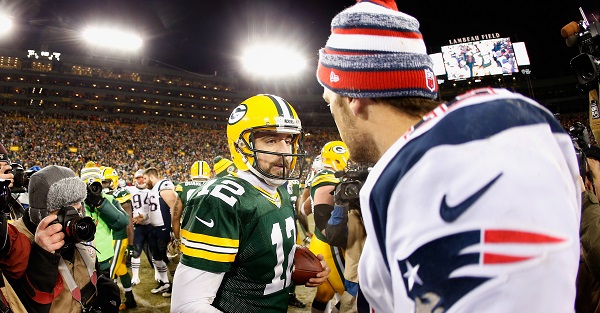 This would be quite the duo for the NFL to deal with.

ESPN’s Mel Kiper released the third edition of his NFL mock draft on Wednesday, and one of the most intriguing players on his mock was the placement of Florida State superstar running back Dalvin Cook. Cook, who has started to slide in recent mocks after his performance at the NFL Combine, falls to No. 29 here… pairing him with the Green Bay Packers and quarterback Aaron Rodgers.

Here’s what Kiper said on the potential pick:

Cook’s stock is dropping a little bit. He didn’t test amazingly at the combine, a couple of shoulder injuries at FSU have worried teams and not many teams in the first round need running backs. But falling to Green Bay here would be considered a great value pick.

Related: NFL.com’s mock draft has the supposed No. 2 running back taking a hard fall in the draft

The Packers are in desperate need of a running back, and Cook could become the ultimate playmaker when paired with a guy like Rodgers. Cook had 11 rushes that went for over 50 yards over the past two seasons, and despite battling some injuries, he was still one of the top yards per carry backs in all of college football. If he can translate any of that success to the next level… then the Green Bay offense could become even more potent than it already is with Rodgers at the helm.