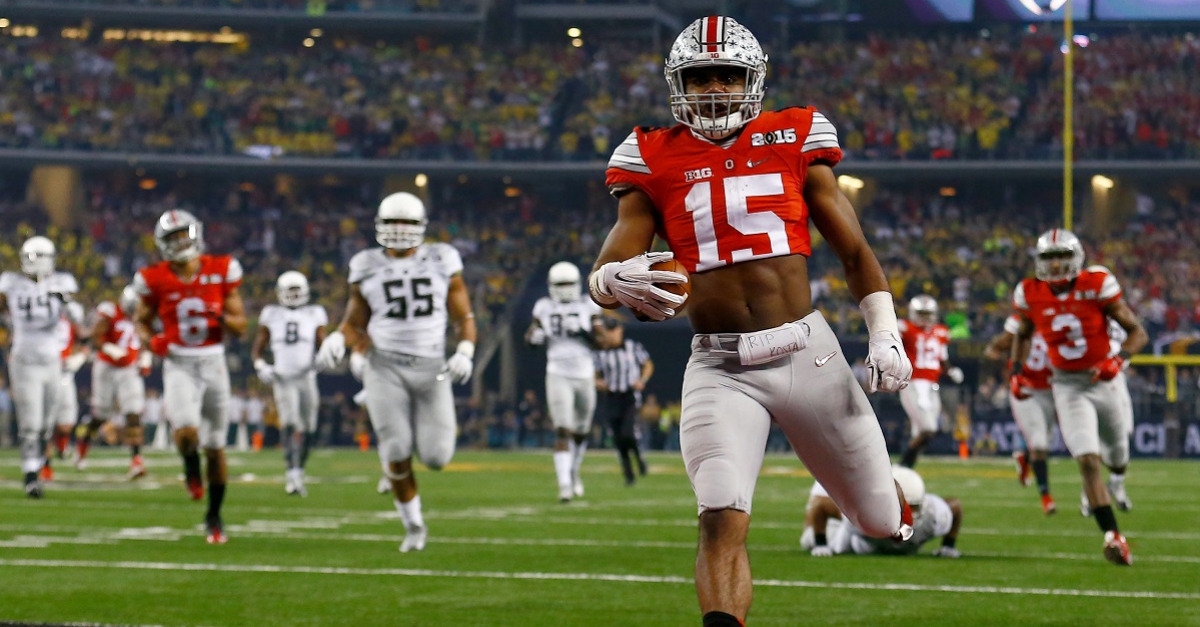 during the College Football Playoff National Championship Game at AT&T Stadium on January 12, 2015 in Arlington, Texas.

ESPN released their first Heisman Watch for the 2015 college football season on Thursday, unveiling Ohio State’s Ezekiel Elliott as their preseason front-runner for the award.

With all of the flux that has been surrounding J.T. Barrett, Cardale Jones, and Braxton Miller, Elliott has been the consistent, constant force for the Buckeyes. The junior running back will be looking to build on his 2014 season that saw him rush for 1,878 yards and 18 touchdowns.

Following Elliott on ESPN’s is TCU quarterback Trevone Boykin, the leader of the de facto No. 2 team in most of the preseason polls. Boykin really emerged out of no where in 2014, throwing for 3,901 yards and 33 touchdowns. Boykin will have a chance to repeat his success in 2015 and he will definitely be more in the spotlight this year than he was last year.