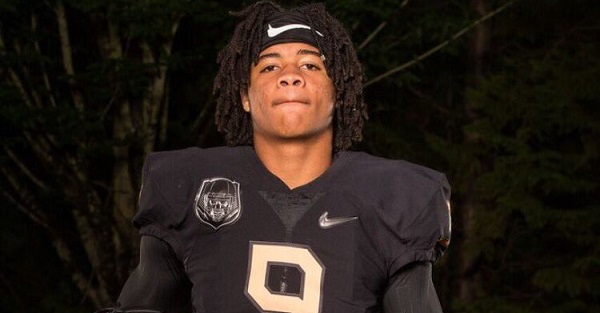 The No. 20 overall recruit made his decision on Friday night, as five-star defensive end Chase Young (6-foot-5, 225 pounds, Hyattville, MD) announced that he was committing to Ohio State.

I am 100% committed to 🅾hio state Buckeyes. Thank you to all who supported me.#blessup pic.twitter.com/zD01aRliWa

Young was also considering Maryland. In total, he had over 40 offers.

Ohio State is currently in the process of assembling one of the greatest recruiting classes of all time. There are already five five-stars committed to the Buckeyes for 2017, and most of their remaining commits are highly-ranked four-stars. With Young now on board, Ohio State only continues to pull away from everyone else in the 2017 recruiting rankings.

Young is the No. 2 ranked weak-side defensive end according to 247Sports. He is the No. 1 overall recruit out of the state of Maryland.