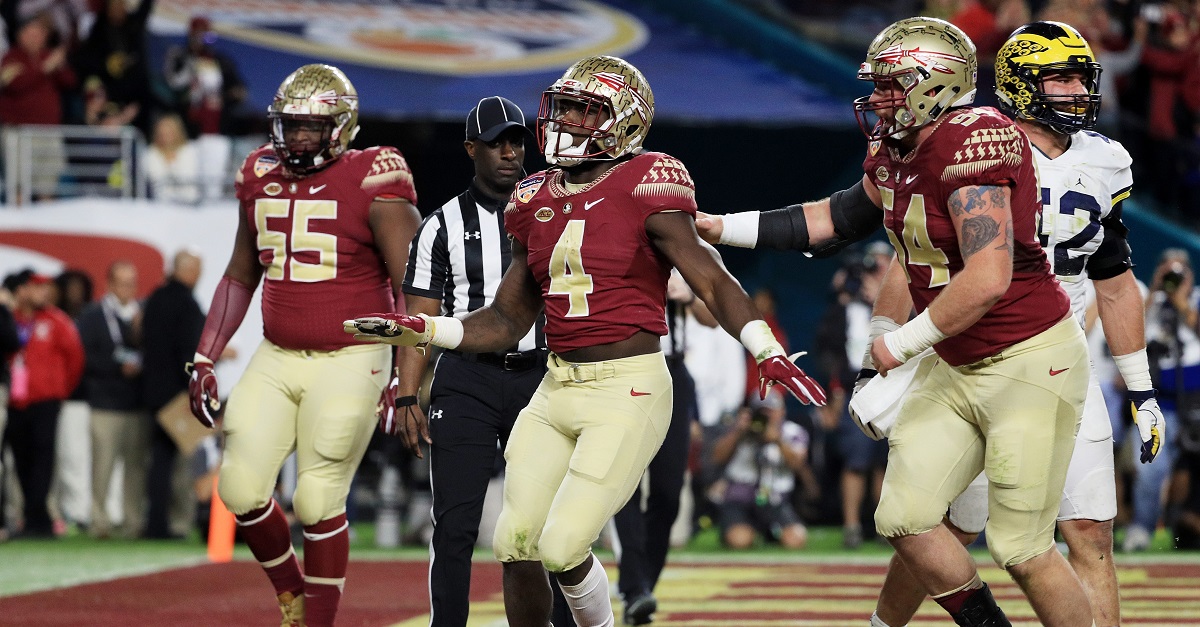 This is definitely something that people wouldn’t have seen coming several months ago.

Once thought to be one of the top running backs in this year’s NFL Draft, Florida State star Dalvin Cook fell into the second round on Friday, finally being selected by the Minnesota Vikings with the 41st overall pick.

Cook is Florida State’s all-time leading rusher with 4,464 rushing yards in three seasons, where he gained notoriety for his home run hitting ability with several 50-yard rushes in his career with the Seminoles.

However, Cook’s stock fell after both an underwhelming Combine performance and as questions begun to rise about his character due to past incidents. Cook has never been found guilty of a crime, but he has had a few run-ins with the law. He was charged with misdemeanor battery in 2015 but was later acquitted. He was also charged with robbery in 2009 and charged with firing a weapon on school property in 2010, but charges were dropped in both cases.

That all being said, Cook is still a very dynamic running back that can definitely do some damage once he gets to the outside. It will be interesting to see how his NFL career pans out.