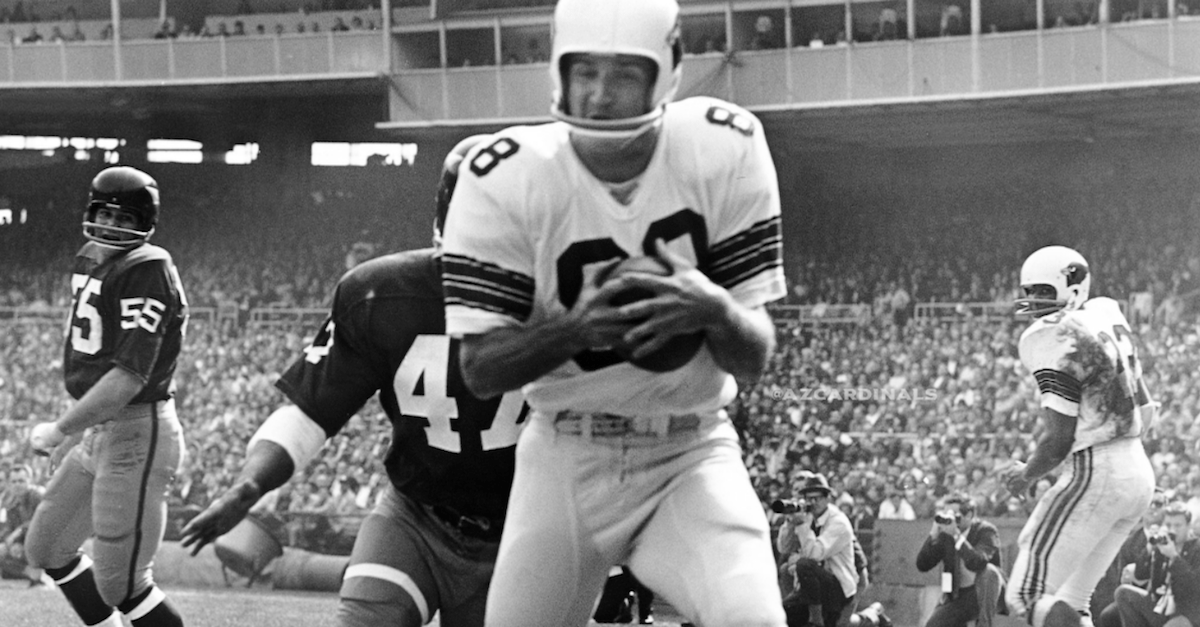 According to WSAZ in West Virginia, former NFL Pro Bowler and college football head coach Sonny Randle has passed away. He was 81.

Randle started his football career as a wide receiver at Virginia, where he gained an All-American nod before being selected in the 19th round of the 1958 NFL Draft. In the NFL, Randle played for the Cardinals, 49ers, Cowboys, and Redskins. He was selected to the Pro Bowl four times in his career, all with the Cardinals between 1960 and 1965.

After his professional career was over, Randle became a coach in the college ranks, reaching the head position at East Carolina, Virginia, and Marshall in his career. Most recently, Randle had been a broadcaster for the Marshall football team.

We send our thoughts and prayers to Randle’s family and friends in this difficult time.