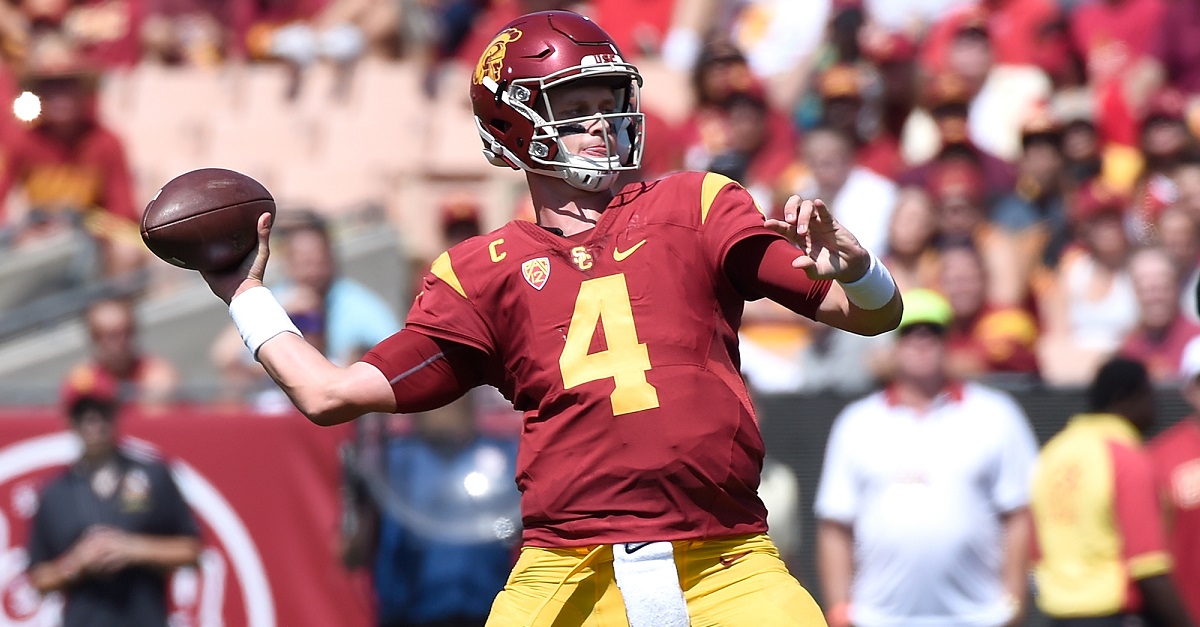 It looks like one team just picked up a huge addition for their 2017 squad.

Max Browne is a former five-star recruit, and he was the Trojans’ starter at quarterback earlier in the year. However, after being usurped in his starting role, Browne announced that he would be transferring after graduation.

Well, that time has come, and on Thursday, Browne announced that he would be transferring to Pittsburgh.

Related: Seahawks punter appeared to get knocked out cold after running a fake punt up 21 in the 4th quarter

Browne will be a much needed addition for Pitt, as they are losing starting quarterback Nathan Peterman to eligibility exhaustion. As a graduate transfer, Browne should be eligible for the 2017 season.

Pitt will have to reconfigure their offense some after offensive coordinator Matt Canada left to take the same position at LSU, and Browne is a good piece to work with while doing that.

Browne is a former five-star recruit of the 2013 class> He was rated as the nation’s No. 1 quarterback of that class.