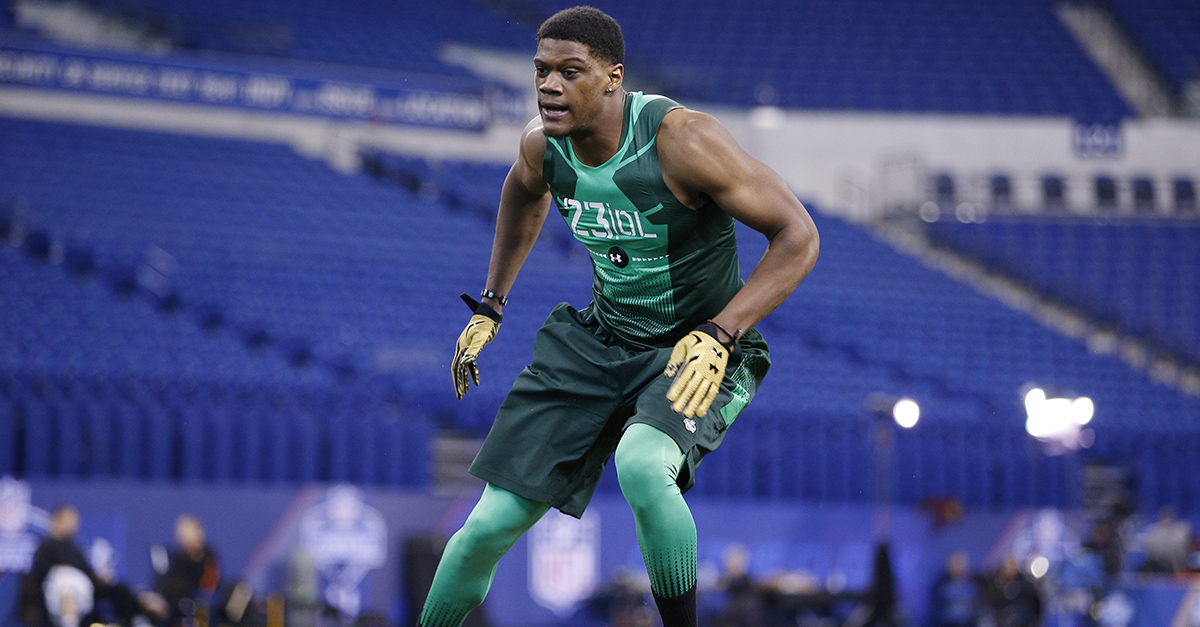 In a draft class that is loaded with talented pass rushers, one of the very best just hurt his own draft stock. Nebraska DE/OLB Randy Gregory revealed on Wednesday that he failed a drug test at the Combine for marijuana. Gregory found out he failed the test when he and his father opened a letter they expected to be an invitation to the NFL Draft. Instead, it was a notice that he’d failed the test.

“I blame myself,” Gregory said to NFL.com. “And I know it sounds cliché, but there’s really no one else I can blame.”

This isn’t Gregory’s first time making headlines due to smoking marijuana, and while he claims he’s cleaned up his act and is totally focused on his career moving forward, it’s hard to take that statement with full confidence due to his history.

“I don’t wake up every day saying, I’d really love to go smoke,” he said. “It’s not a struggle for me every day (now), it really isn’t. In the past, hell yeah, it’s been a struggle. It really has been. Now, I’m focused on my dream.”

“I was worse at Nebraska than I’ve ever been at any other time of my life. But I know how I am now. I think if teams really look at how I am now more so than the past, they’ll see I’m making strides to get better, as a person and as a player.”

Gregory claims he hasn’t smoked since December, but that his THC levels were still elevated due to how much of the drug he had taken in in the past. Whether you buy into that reasoning or not, a failed drug test at the Combine will certainly raise some red flags for teams that were already questioning Gregory’s character and marijuana habit. We’ve seen in recent years how some guys — like a Josh Gordon — have derailed promising young careers because of constant failed drug tests. With the depth at the pass rush spot in this year’s draft, we could see teams at the top pass over Gregory in favor of other talented edge rushers to avoid those potential issues.