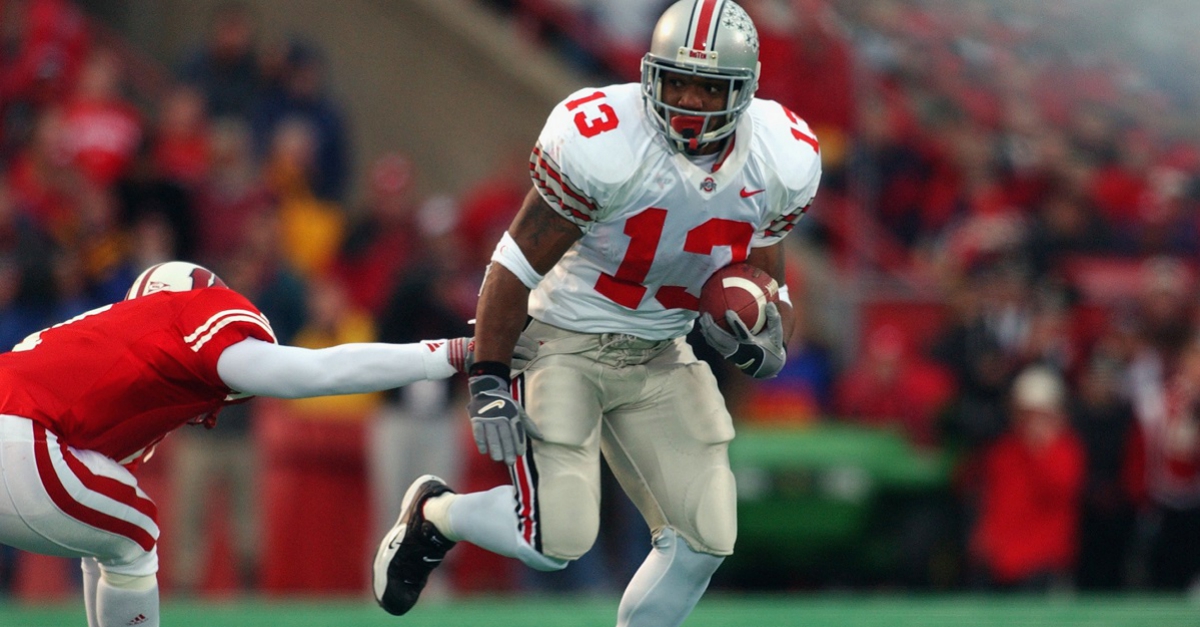 MADISON, WI - OCTOBER 19: Running back Maurice Clarett #13 of the Ohio State Buckeyes runs with the ball during the Big Ten Conference football game against the Wisconsin Badgers at Camp Randall Stadium on October 19, 2002 in Madison, Wisconsin. The Buckeyes won 19-14. (Photo by Jonathan Daniel/Getty Images)

The fall from grace for the former national champion running back has not been light.

ESPN reported that the former Ohio State running back was arrested on Sunday for operating a motor vehicle while impaired. Clarett was pulled over in Ohio on I-71 after turn signal violations, as was later arrested after refusing a blood-alcohol test.

This is far from the first run-in with the law for Clarett. After several investigations at Ohio State in 2003, Clarett attempted to enter the 2004 NFL Draft after just his sophomore season. After being denied entry — a player must be three years away from high school graduation to enter the NFL Draft — Clarett was shunned from college football due to his hiring of an agent. After failing to make an NFL roster, Clarett was arrested and later convicted of armed robbery, spending three-and-a-half years in prison as a result.

Since his release from prison, it looked like Clarett had started to turn his life around. He has become a mental health advocate around Ohio, and has been invited back to speak and participate in functions at Ohio State.

Hopefully for Clarett, this is just a blip in his timeline and not something that sends him back down a troubling road.