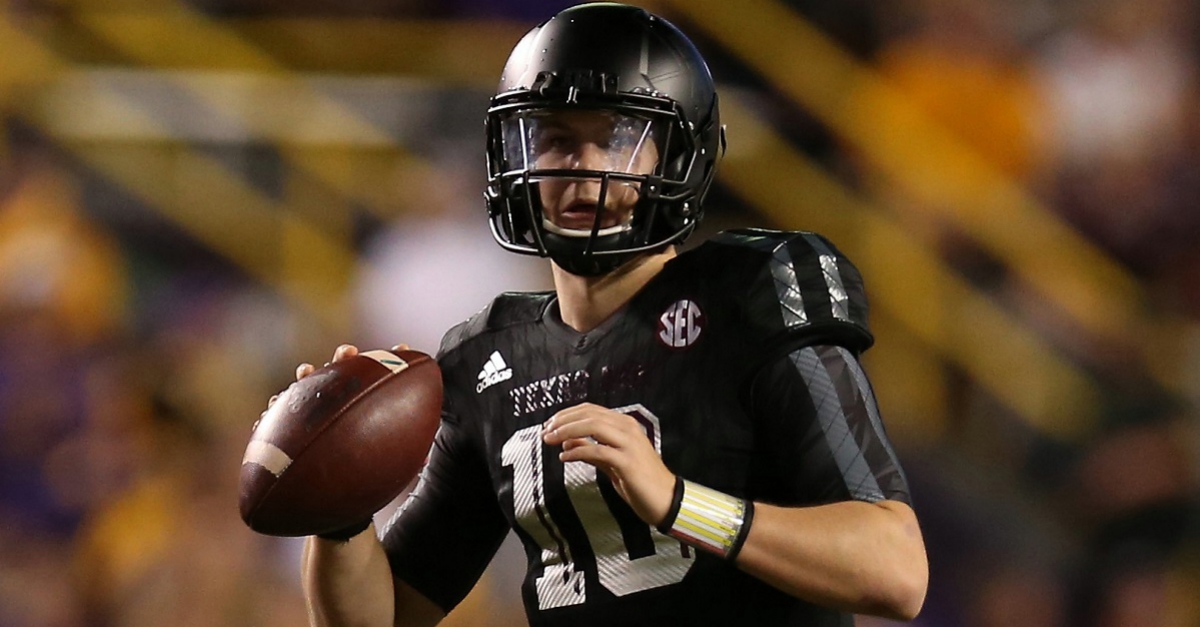 at Tiger Stadium on November 28, 2015 in Baton Rouge, Louisiana.

Former @AggieFootball QB @KyleAllen_10 plans to transfer to the University of Houston, a source tells @HoustonChron

Allen threw for 2,210 yards and 17 touchdowns in the 2015 season for the Aggies, but soured on the program as quarterback controversy began to plague the program. Fellow A&M quarterback Kyler Murray has already announced his plans to transfer to Oklahoma, leaving the Aggies with just Jake Hubenak at quarterback.

Allen must sit out the 2016 season, but he will be eligible to play in 2017 with two years of eligibility remaining. Current Houston starter Greg Ward Jr. will be in his senior season in 2016, leaving Houston in a pretty enviable quarterback situation for the next three years.

Chalk up another victory for Houston coach Tom Herman.