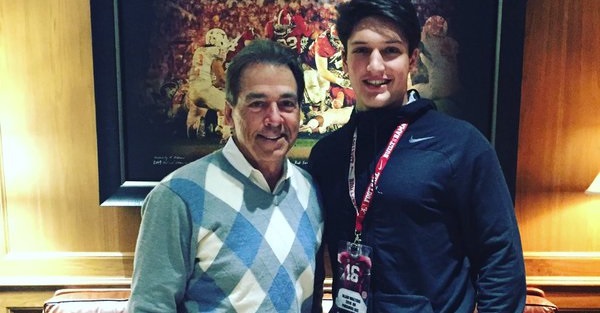 This is about as big of a recruiting upset as you can have.

Four-star quarterback Allan Walters (6-foot-1, 200 pounds, Highstown, NJ.) is one of the top-rated pro-style passers of the 2018 recruiting class. Walters has offers from the usual schools you would expect for that caliber of a recruit: Michigan, Alabama, Louisville, Texas A&M… you get the idea.

However, Walters doesn’t plan to attend any of those known football power schools. Instead, Walters announced his commitment on Friday to Vanderbilt.

I am beyond excited and blessed to announce my commitment to Vanderbilt University! #Dynamite18 #AnchorDown ⚓️⬇️⚪️🔶⚫️ pic.twitter.com/7Ce4x6LY7f

This may go without saying, but this is a huge get for Vanderbilt.

Vandy currently doesn’t have any four-star commits in their 2017 class, and Walters becomes their first commit for 2018. The Commodores are usually able to scrape up a four-star every now-and-then, but they have still finished last in the SEC in recruiting over the past four cycles. If head coach Derek Mason hopes to buck that trend, then Walters is definitely a good start.