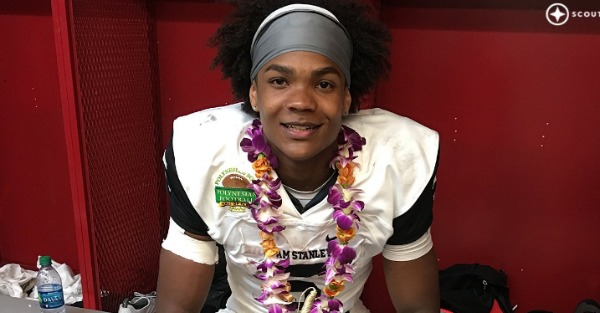 Connor Weddington, one of the country’s top athletes, announced his college choice in one of the most original ways we’ve ever seen.

The Sumner, Wash. product posted a video of himself on Twitter snowboarding down a mountain, and at the end of it the bottom of his board read Stanford Cardinal.

Weddington initially committed to Washington, but decomitted last month, re-opening his recruitment. The 6-0, 189-pounder, who runs a reported 4.48 in the 40, is the country’s No. 5 athlete at his position and the 4th overall prospect in the state of Washington for the class of 2017, according to 247Sports composite rankings.