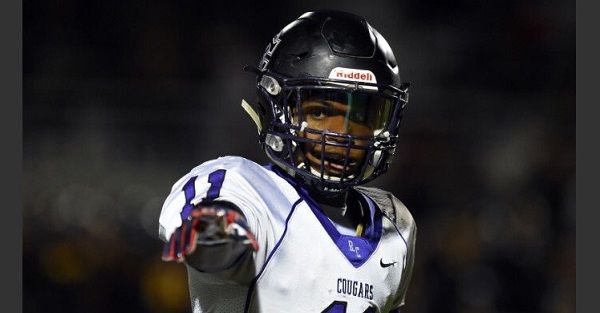 Four-star cornerback Thomas Graham (5-foot-11, 175 pounds, Rancho Cucamonga, Ca.) decommitted from USC back in April, and the corner has definitely taken his time in finding a new school. On Friday, Graham showed some faith in a new Pac-12 head coach by announcing a commitment to Willie Taggart’s Oregon team.

I am officially committed to The University Of Oregon #ScoDucks💚💛🐣 pic.twitter.com/RVahsGvy7n

Graham had been an Oregon lean for a while, and it looks like an in-home visit from Taggart last Saturday helped seal the deal. Oregon’s hiring of Jim Leavitt as defensive coordinator this week may have also played a role in Graham’s commitment.

Graham had offers from Alabama, Notre Dame, and Nebraska, in addition to USC and Oregon. Graham is ranked as the No. 8 cornerback of the 2017 class according to the 247Sports Composite.