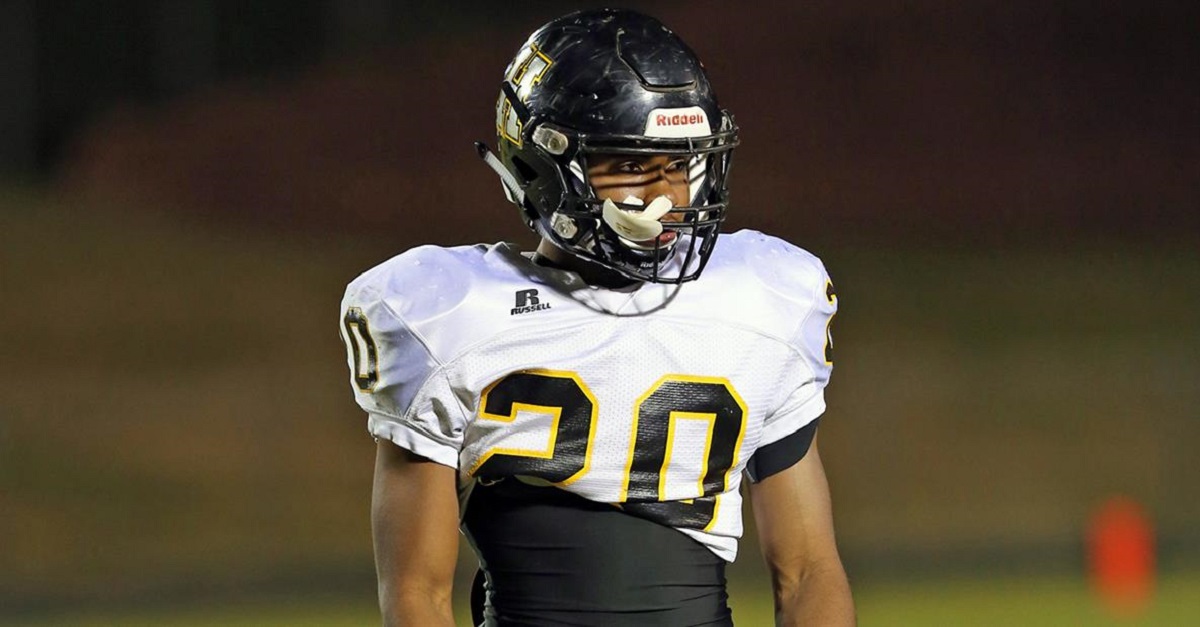 It looks like four-star defensive back T.J. Carter (5-foot-10, 180 pounds, Nashville, TN) is more than happy to stay in-state by the look of things.

On Friday morning, Carter announced his commitment to Memphis on a local radio show.

“I will be furthering my education and my football to the University of Memphis,” Carter said. “After talking to the coaches constantly every day it just felt like home. Family atmosphere.”

Carter picked Memphis over his other finalists, Georgia Tech, Louisville, and South Carolina. He also had offers from Auburn, Ole Miss, and Tennessee.

Carter will join four-star Rivals recruits Obinna Eze and Nick Robinson on what has been a resurgent recruiting class for the Tigers. They currently rank 30th in the recruiting rankings over at Rivals.com.