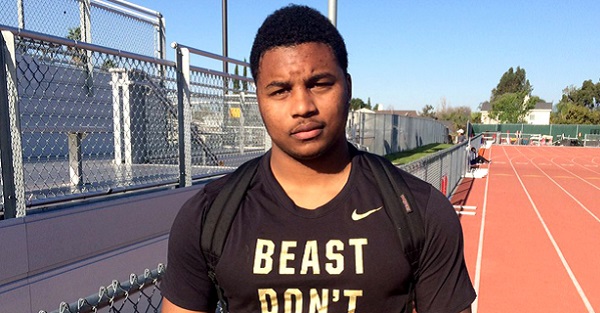 The recruitment of four-star defensive end Javaris Steward (6-foot-2, 244 pounds, Denton, TX) had been in a dead-heat between two teams: UCLA and USC. Steward had been committed to both teams at some point, and it figured that he would seal the deal with one of the two eventually.

However, this is college football, and you should know when a “not so fast!” is coming your way.

Steward made his commitment on Saturday, and he didn’t pick either USC or UCLA. In fact, Steward didn’t pick any powerhouse, as he shocked the recruiting world by committing to Texas-San Antonio.

It looks like Steward is the first four-star recruit ever for the Roadrunners. Their 2017 recruit class is actually looking decent right now, as they rank No. 1 in the C-USA, and No. 61 overall by 247Sports. Obviously Steward is helping them in those rankings by quite a bit.

Hopefully this is something that can stick, as UTSA looks to keep building their program up for the future.