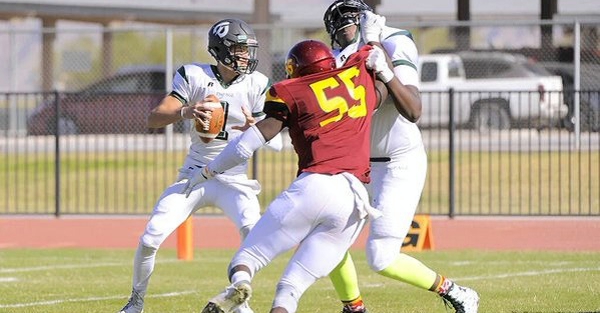 Four-star defensive end Jonathan Kongbo (6-foot-6, 264 pounds, Surrey, BC) is the top JUCO recruit in the nation and a beast of a defensive player with a great combination of size and speed. On Saturday, the former Tennessee commit dropped his new Top 8 schools, which actually still includes the Volunteers.

247Sports lists Oregon as the current favorite, but also has Alabama, Oklahoma, and Washington as “rising” schools for his commitment. As mentioned, Kongbo was previously committed to Tennessee before decommitting on January 5. We will know more about his recruitment next week, when he plans to cut down his final teams to just five.