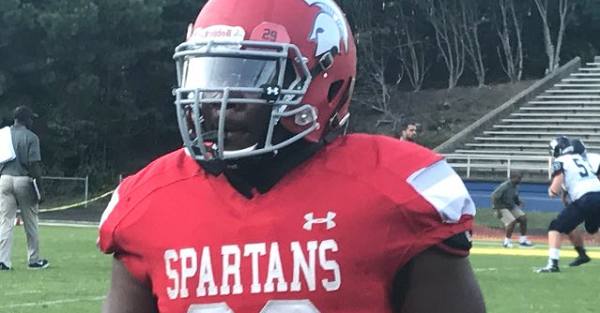 Four-star defensive tackle Alim McNeill might have one school that’s considered “very far ahead” of some others, but it is still a mystery as to where he will continue. At least now we know when he will commit as he made the announcement via Twitter:

Excited to announce I will be playing in the U.S Army all-American game ‼️ and I will be announcing my commitment at half time 🤙🏾‼️ pic.twitter.com/aRLbaYJUIv

The 6-foot-2, 272-pound defensive tackle out of North Carolina might be favoring the in-state Wolfpack, but he is also considering Virginia Tech, Michigan and Florida State. He also has offers from Clemson, Florida, Louisville and Penn State among others. He is ranked as the No. 8 defensive tackle in the nation by the 247Sports player rankings.