Four-star WR decommits from Miami, calls out school in the process 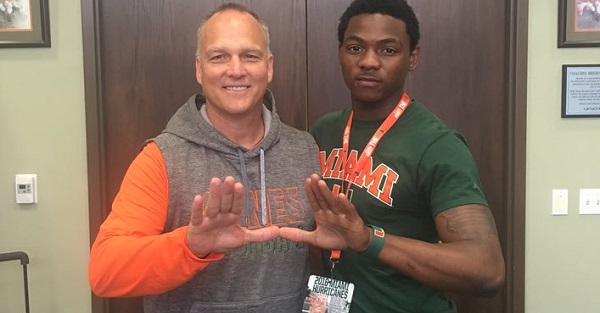 Well this can’t be good.

On Thursday, four-star wide receiver Kevaugh Dingle (6-foot-1, 195 pounds, Opa Lacka, Fla.) decommitted from Miami in a statement made on Twitter. While Dingle thanked coach Mark Richt and his staff in the statement, he also called out the school for what he perceives as a “lack of communication” in the recruiting process.

It looks like Miami may have lost interest in Dingle, and now he is prepared to move on elsewhere. That “elsewhere” may be Kentucky, as Dingle spent the rest of the day on Twitter interacting with Kentucky fans hoping for a potential flip.

Dingle had originally been committed to Miami since March. He is rated as a four-star recruit by 247Sports‘ player rankings.