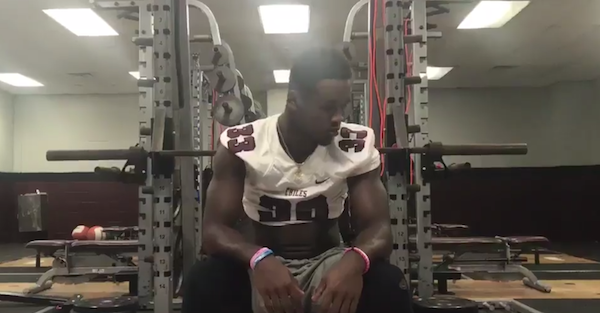 Amari Gainer is keeping it in the family with a solid commitment to Florida State over Alabama, Texas and Miami.

The four-star linebacker made his decision Friday night on television to continue his college education at Florida State University.

Florida State was long considered to be the favorite for the linebacker, who poses a unique skillset at his position that should thrive in Tallahassee.

Earlier in the day, Gainer revealed when he would be making his official announcement, and the Tallahassee, FL. native didn’t disappoint the local fanbase.

Tomorrow night at 6:30 I will be making my college decision. 📽🎞#HookEm🐂 #Storm18🌪 #Tribe18🍢 #RollTide🐘 pic.twitter.com/mDmRns0YbC

Gainer is a 6’2″, 204-pound linebacker from Tallahassee, Florida.

He is the No. 22 outside linebacker in the Class of 2018 and the No. 48 player from the state of Florida according to 247Sports.