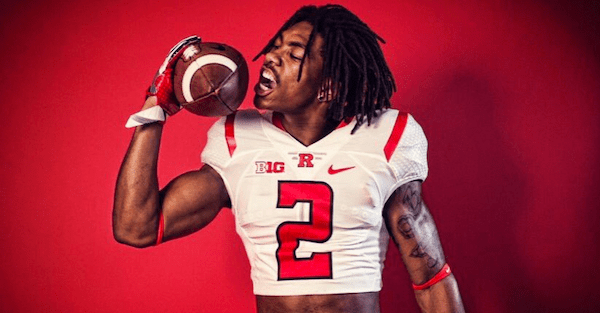 Mitchell, a redshirt freshman, transferred to Rutgers from Michigan days before his true freshman season began.

Set backs only cause for comebacks…

Mitchell was projected to be a starter for the Scarlet Knights this fall before his injury. Rutgers coach Chris Ash recently praised Mitchell’s competitiveness.

“It was a tough fall for Ahmir because he was sitting out,” Ash said. “He couldn’t practice. He was scout team. Just true freshman stuff that you’d go through with him at practice. He’s really matured. He’s really bought in.”

Rutgers has depth issues at wide receiver due to Janarion Grant’s injury last season, but Mitchell’s brother, Damon, is expected to be a starter at receiver.

Ahmir Mitchell was a four-star recruit out of high school before signing with Michigan.