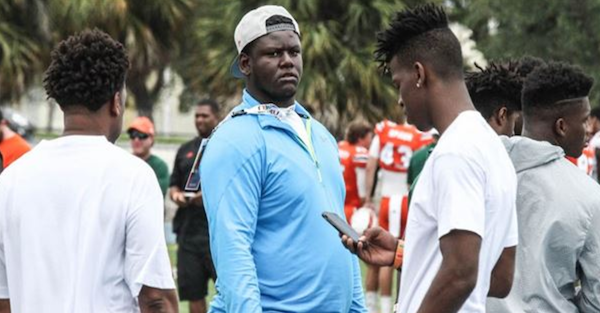 One of the best offensive guards in the class of 2018 narrowed his list of schools down to ten this week.

Brown’s list is a stacked one, and he does note the teams are listed in alphabetical order.

According to 247sports, Ohio State still has a 100 percent chance of landing him according to their Crystal Ball Predictions system.