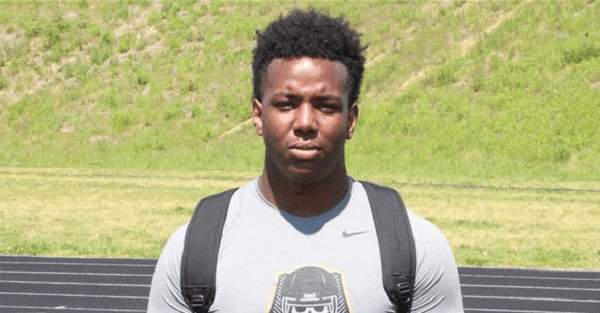 Heading into mid-March, the North Carolina Tar Heels had only one verbal commitment to bank on with regard to the 2018 recruiting class. That all changed on Tuesday evening, with four-star offensive tackle Avery Jones pledging his allegiance to Larry Fedora and his staff by way of a solid verbal.

Jones joins three-star cornerback Deonte Burton on North Carolina’s commitment list and this is a big-time pickup for the Tar Heels. The 6’4, 270-pound rising senior from Havelock, N.C. rates as a consensus four-star prospect and 247Sports includes Jones among its top 100 players nationally. To go along with that, the recruiting service pegs Jones as the No. 12 offensive tackle in the country.

“He has really good fundamentals. He has the size; he has probably put on about 20 pounds since the football season, already. He has big hands, he has wide hips, he’s a knee-bender (and not a waist-bender), and he’s really flexible. He works hard and he’s a great kid and a great student.”

While he may not be an earth-shattering five-star prospect, Jones turned down offers from programs like Virginia Tech, NC State, Duke and others to join the program in Chapel Hill. Beyond that, the Tar Heels needed it.