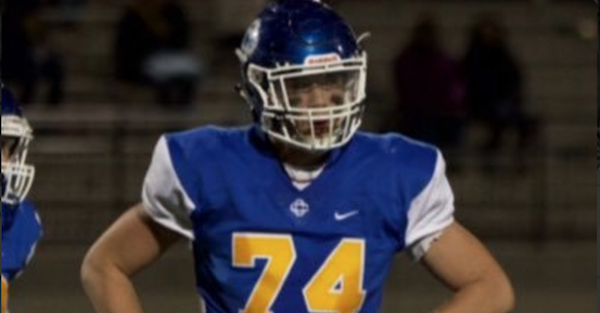 Related: 4-star recruit committed to Michigan is wavering and could flip to another Power 5 school

Mayfield committed to the Wolverines over Big 10 rivals Michigan State, Iowa, Minnesota, and Nebraska. He made the commitment after attending Michigan’s spring game, and he told 247Sports he was blown away by the atmosphere.

“The spring game, it blew me away,” Mayfield said. “The stadium was rocking. Not even half the crowd maximum was there and it threw me seeing all the support and how much the fans support everybody there, how they know everything about it I thought was extraordinary. I’d say the spring game was the deciding factor.”

Mayfield is from Grand Rapids, Mich. and he is the No. 24 offensive tackle for the Class of 2018. He is also the No. 6 player from the state of Michigan, according to 247Sports.