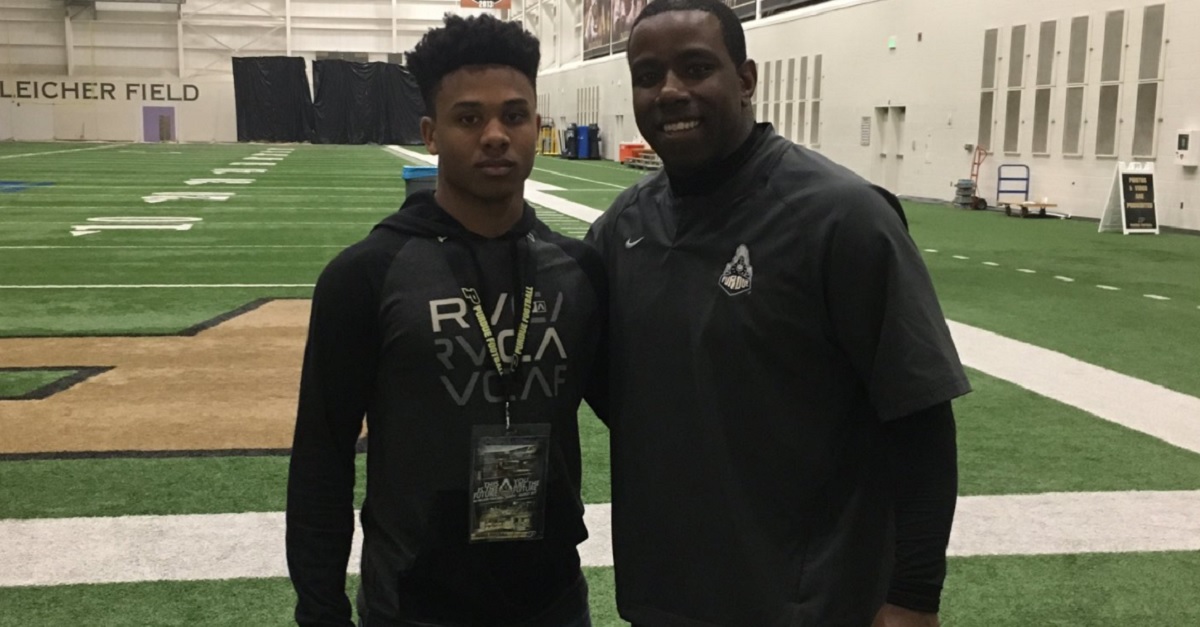 When the month of June began, four-star wide receiver prospect Rondale Moore was something of an unknown with regard to where he would spend his college career. However, Moore hails from Louisville (Ky.) and, with that information widely available, many believed that he could end up playing for Bobby Petrino and the Cardinals.

As of Friday, that does not appear to be a possibility. In fact, Moore released an official top six list and Louisville was nowhere to be found.

Moore’s list includes Kentucky, Ohio State, Penn State, Pittsburgh, Purdue and Texas (in alphabetical order) and, with the Wildcats present, there is an in-state option available. The 5’8, 175-pound wide receiver has displayed blazing speed and quickness throughout the process, to the point where 247Sports places him firmly within their top 100 prospects nationally and as the No. 16 player at the position.

Beyond that, Moore is the No. 1 prospect from the state of Kentucky according to the recruiting service and the Wildcats will be battling hard. Still, the inclusion of blue blood programs like Ohio State, Penn State and Texas is enough to ensure a competitive battle and Rondale Moore will make one program extremely happy in the coming months. What we know now, though, is that it probably won’t be Louisville.