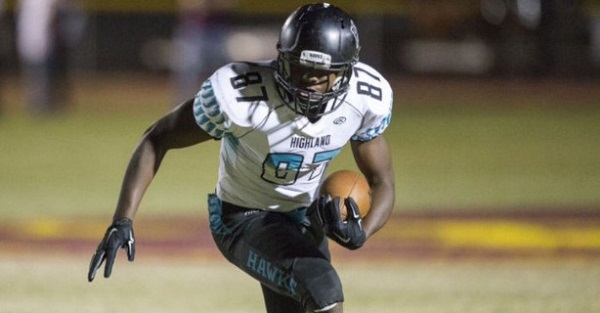 This had to be a pleasant surprise for one school.

The 247Sports Crystal Ball had four-star tight end Tyler Johnson (6-foot-4, 245 pounds, Gilbert, Az.) as 100-percent to Michigan State. However, it looks like Johnson won’t be a Spartan, as he announced his commitment to Arizona State on Friday night.

Johnson also had offers from Florida State, Alabama, and Michigan, among others.

December has been a kind month to Arizona State in recruiting, where they have picked up three four-star prospects. That includes former Alabama quarterback Blake Barnett, who announced his was transferring to Arizona State earlier this month.

Johnson is listed as a tight end and figures to play that position, but he also has some skill as an outside linebacker. That will definitely be something to focus on as the Sun Devils try to fit him in with the current squad of players.