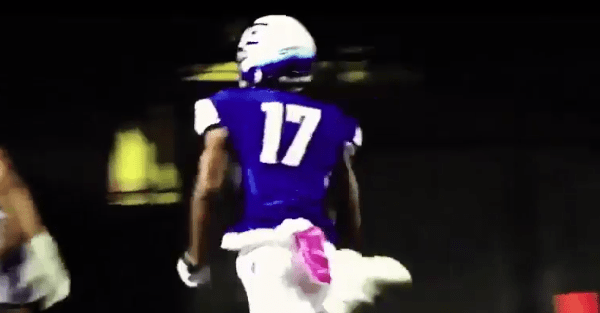 Four-star receiver Jaylen Waddle has over 25 offers to play football, but has narrowed it down to just six. He took to Twitter to name his list:

ALL GLORY TO GOD

The 5-foot-10, 175-pound receiver out of Texas has Florida State, Alabama, Texas A&M, Oregon, TCU and Texas among his top six. He’s the No. 11 receiver in the class of 2018 and No. 7 recruit in the state according to 247Sports. He also has offers from Auburn, Baylor, Georgia, LSU, Miami and Michigan among others.