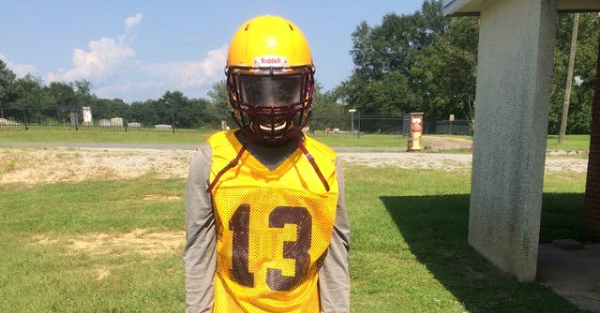 Four-star wide receiver Lawrence Keys III has over 30 offers from schools with some serious heavy hitters on that list. The 5’11”, 160-pound wideout plays his high school ball right in LSU’s backyard in New Orleans, which probably explains why the Tigers made his stacked list among some of the other big boys.

So his entire list includes: Auburn, Notre Dame, Oklahoma, LSU, Michigan, TCU, Alabama, Texas Tech, Arkansas, Nebraska, Colorado State, Houston and UTSA. There are clearly some big boys on this list, but the inclusion of Marshall and UTSA seems to be a bit odd even if San Antonio is relatively close to the New Orleans native.

Keys is rated as the No. 37 receiver in the class by 247Sports and the No. 6 recruit in the state of Louisiana. There are only four predictions in for him on the site’s crystal ball, but all four have him landing with LSU. He also holds offers from Arizona, Baylor, Florida, Georgia and Louisville among others.