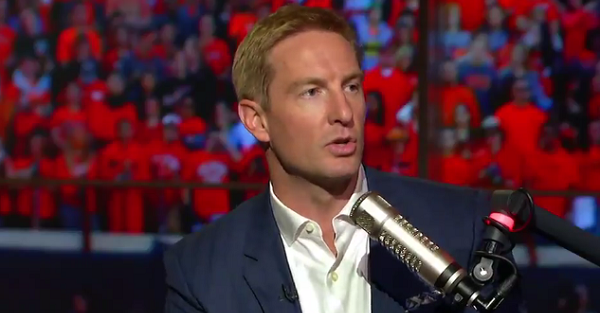 There are plenty of fans and coaches alike who think that the college football playoffs and the game itself is broken right now. Too many top tier programs are scheduling cupcakes from the FCS and very low FBS ranks to start their season  according to FOX Sports’ Joel Klatt and he has a solution for that as well as the Playoff.

The #CFBPlayoff system is broken and here is how we fix it via @joelklatt pic.twitter.com/cpaBYTIhWN

That’s an interesting way to create schedules and he’s definitely not the first person to say that the sport needs a commissioner. There’s even been whole articles dedicated to who could be the commissioner with Steve Spurrier’s name coming up quite often.