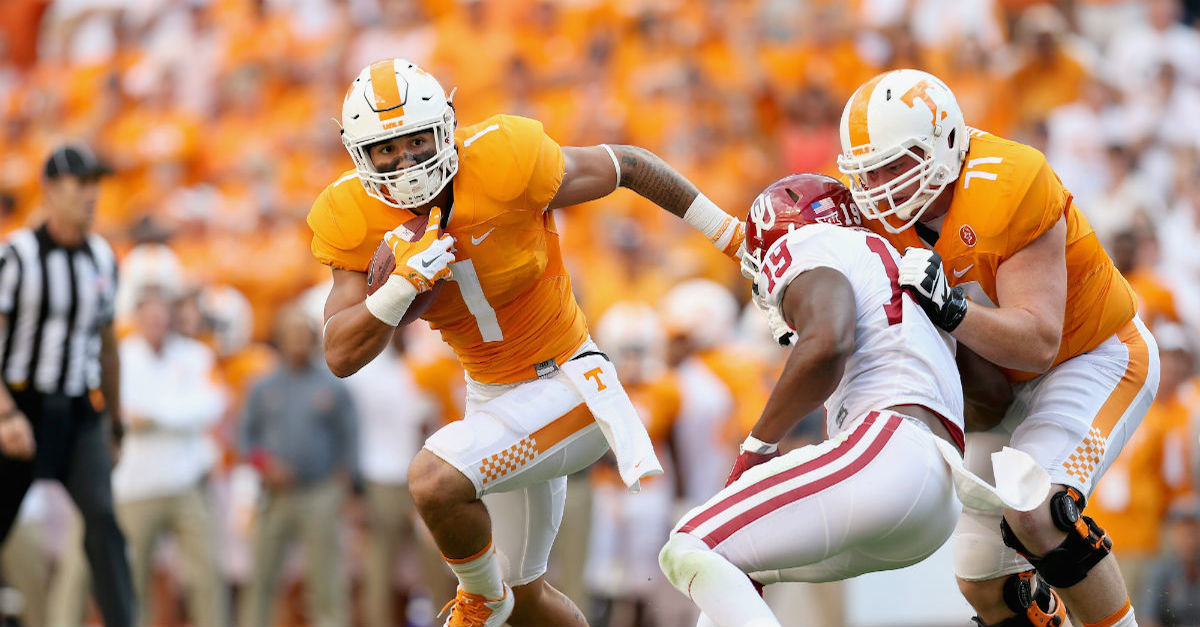 FOX Sports’ Bruce Feldman is one of the more respected names in college sports, but his Top 5 in the rankings of running back groups might draw the ire of one fan base in particular.

In his Top 5, Feldman has LSU, Stanford, Oklahoma, Tennessee, and Florida State. If you are a Georgia fan, you might have an issue with those teams getting the one-up on the Bulldogs with Nick Chubb and Sony Michel.

Here’s what Feldman had to say on the Bulldogs.

If the Dawgs’ RBs are 100 percent, this group probably is a few spots higher. Nick Chubb is a fantastic talent. He essentially ran for 747 yards in five games last fall after rushing for 1,547 in his rookie season. The 5-10, 220-pounder has great feet and vision, but he is coming off a devastating knee injury. Sony Michel, a terrific change-up back, is coming back from a fractured forearm.

It makes sense to take a conservative take on the Bulldogs’ running backs; I did the same thing when I ranked the top running backs earlier this week. However, even if both Chubb and Michel were only at 90-percent, I think you would still have to take them over Tennessee at the very least. The Bulldogs have two proven No. 1 caliber running backs; the only other team in the Top 5 that can say they have anything close to that is Oklahoma.

There’s a pretty good chance that both Chubb and Michel are Top 10 running backs in college football; even if they are coming back from injury, that should be good enough to warrant a position higher than sixth when ranking the top groups.