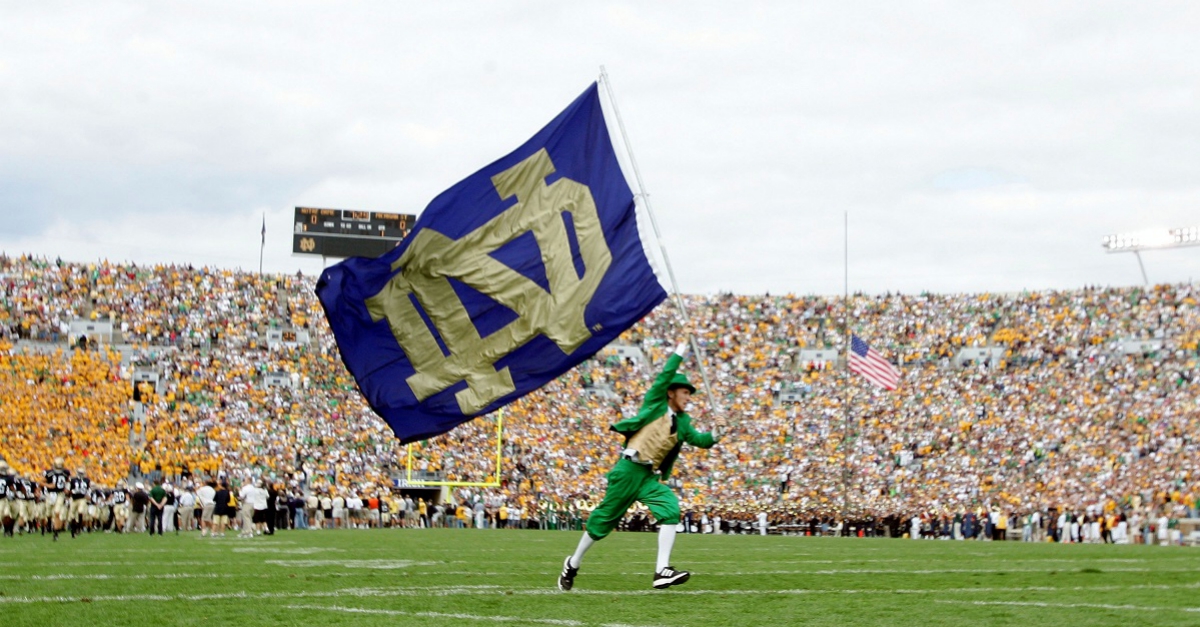 Elsa/Getty Images
SOUTH BEND, IN - SEPTEMBER 17: The Notre Dame Fighting Irish mascot carries the school flag on the field before the game against the Michigan State Spartans on September 17, 2005 at Notre Dame Stadium in South Bend, Indiana. (Photo by Elsa/Getty Images)

Daniel “Rudy” Ruettiger, who served as the inspiration for the movie “Rudy,” just made nearly a quarter of a million dollars off of his game-worn jersey from Notre Dame.

The real-life Rudy only played in one game for Notre Dame?a 1975 game versus Georgia Tech?and Ruettiger sold his jersey and helmet from that game for $241,500 at an auction at the Super Bowl in Houston.

From the Associated Press:

“Ruettiger had teamed up with Hunt Auctions through the NFL Auction at the Super Bowl in Houston, joking that the move also got him a trip to the Super Bowl.

His father had been storing the helmet and jersey the former walk-on wore Nov. 8, 1975, in a case. Ruettiger took those items when his father died, and he decided it was time to part with them knowing they would mean something to somebody.”

While some of the proceeds go to charity, Ruettiger still gained a considerable profit for his memorabilia. That one game turned out to be a pretty sweet gig for Rudy.