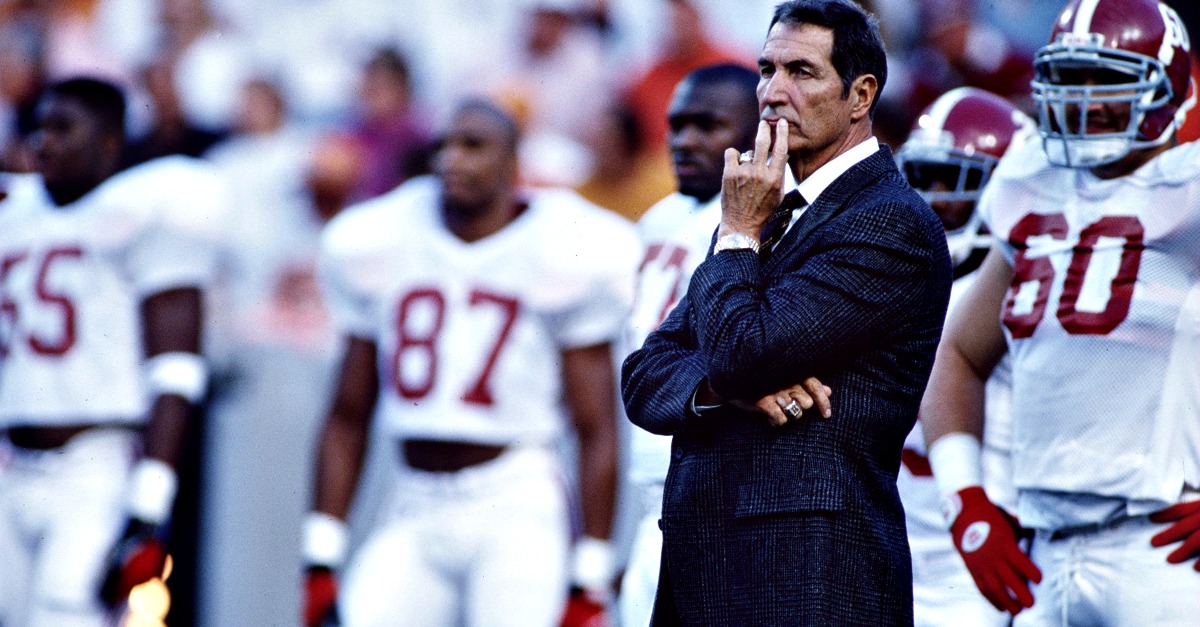 Former Alabama head coach Gene Stallings has had his share of health issues lately, and it appears he’s had another one.

Former Auburn Coach Pat Dye, in a series of tweets, said Stallings suffered a minor stroke while awaiting a flight at Dallas-Fort Worth  airport, where the two coaches where on their way to Hunstsville, AL., for a speaking engagement. Dye, in his tweets, said Stallings was taken to a hospital, and is a “good spirits.”

(2/3) "He has been taken to the hospital, but is in good spirits. He is looking forward to rescheduling his Legendary Coaches Events…

(3/3) with Coach Dye in Huntsville and Montgomery as soon as doctors release him." Please keep him & his family in your thoughts & prayers.

Stallings suffered another health setback and was recently re-admitted to the hospital, according to WBRC-TV.

Stallings, 82, was hospitalized after he suffered what has been described as a mild stroke. But Rick Karle of WBRC-TV said Stallings was taken to the emergency room after he suffered a spike in blood pressure.