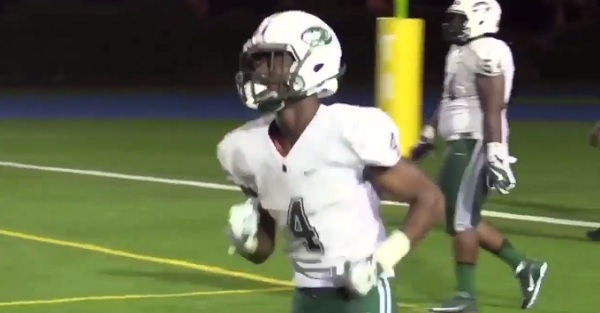 Five-star running back James Cook is one of the most talked about recruits in the 2018 recruiting cycle and it’s easy to see why. For starters, he’s the younger brother of Florida State legend Dalvin Cook and he’s rated as the No. 3 running back in the country and No. 16 overall recruit by Rivals. So when he updates his recruiting status, people listen.

He decommitted from FSU back in July and has been going back and forth between the Seminoles and Georgia as to who will be his school of choice. His mother really likes Georgia and they were believed to be the leader at some point, but he told 247Sports that it’s still between those two and he said specifically what he’s looking for when he makes his decision.

He mentioned a “family atmosphere” as being the main thing he’s looking for in the school he attends next. He plans on using his official visits to see Georgia, Louisville, Florida State, LSU and USC. He has two dates locked in for Georgia and Louisville this month as of now.