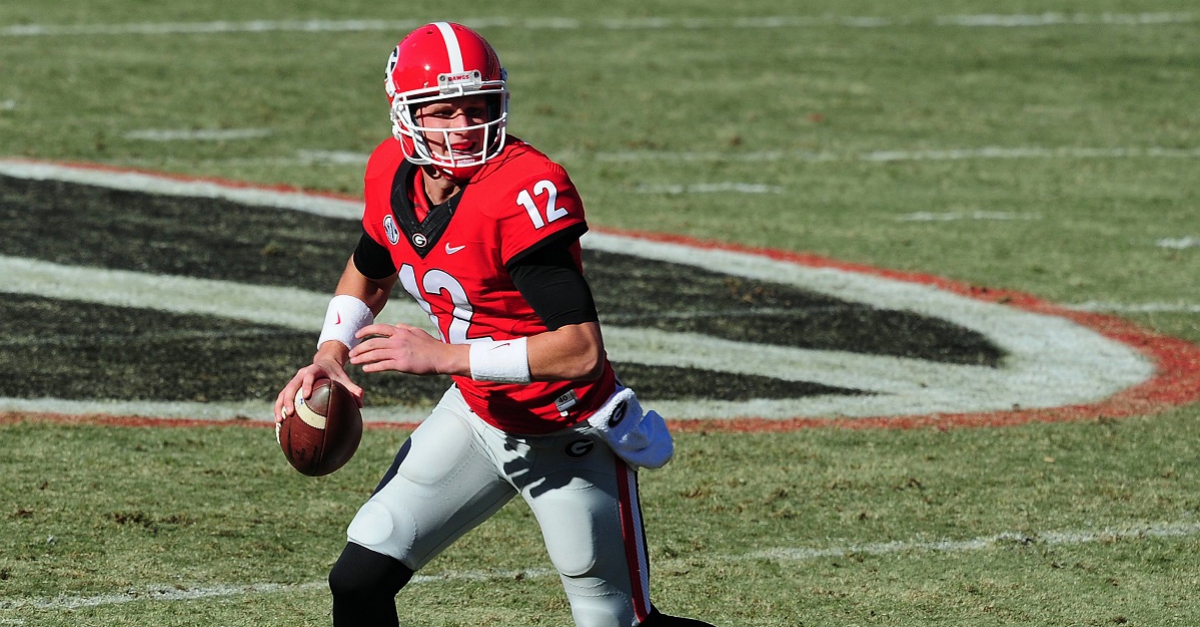 This could be huge news for one of the most intriguing quarterback situations in the SEC.

Quarterback/punter Brice Ramsey had initially announced that he would be transferring from Georgia to pursue other opportunities, but it looks like Ramsey has had a change of heart, as 247Sports reported that Ramsey will be staying with the Bulldogs after all.

Ramsey staying could be huge for Georgia, as it will give them the option to redshirt incoming freshman quarterback Jake Fromm. While Ramsey isn’t on the caliber of Fromm or incumbent starter Jacob Eason, he gives them a legitimate third option that wouldn’t have been there if he had transferred. Instead, it’s possible that Ramsey can backup Eason while Fromm takes the redshirt.

Once upon a time, Ramsey was the heir apparent at quarterback when Hutson Mason graduated, but he ended up becoming the punter instead. In fact, he punted 45 times for 1,741 yards, averaging 38.7 yards. As a QB, he appeared in 24 games over his career, attempting 74 passes and completing 45 for 582 yards. He had four touchdowns and four interceptions.