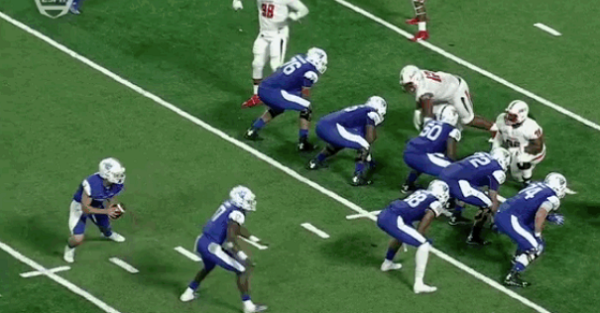 It’s one thing to exaggerate and say a team is getting no blocking in its passing game, but another entirely to see it actually happen. That was the case for Georgia State as the Panthers still found a way to score despite the offensive line standing around like statues.

Of course, the line stood still because the quarterback was able to draw a defender offside so it was essentially a free play. However, it’s still impressive that Georgia State still scored with no help from the line as QB Conner Manning threw a perfect toss to Penn Hart for the score that would net them a 21-13 win.